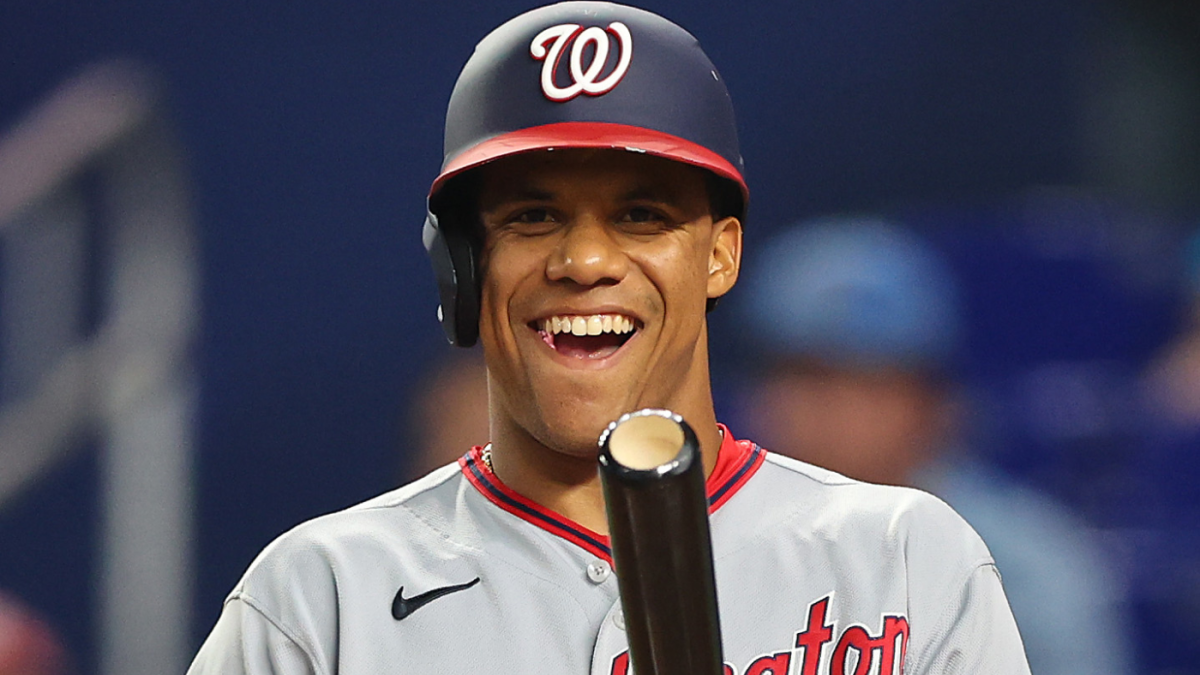 The Washington Nationals agree to trade outfielder Juan Soto to the San Diego Padres, according to Jim Bowden of CBS Sports HQ. Soto, the biggest name on the market before Tuesday’s trade deadline at 6 p.m. ET, had become available in July after rejecting a 15-year, $440 million extension offer. The Padres will also acquire Nationals first baseman Josh Bell in the deal, and the Nationals will receive a package headlined by lefty Mackenzie Gore, outfielder Robert Hassell III and shortstop CJ Abrams.

San Diego first baseman Eric Hosmer was also originally scheduled to go to DC, although he has a no-trade clause and did not agree to a move to Washington. With Hosmer out of the equation, here’s what the deal looks like (though it could change again before it’s official):

The Cardinals and Dodgers were considered the other two finalists for Soto, but they apparently received a bigger offer from San Diego.

Soto, 23, will have two more years of team control after this season. Since making his major league debut during the 2018 season, he has emerged as one of the best hitters in baseball. Entering Tuesday, he was hitting .291/.427/.538 (160 OPS+) with 119 career home runs. Soto, a two-time All-Star, was a member of the Nationals’ 2019 World Series-winning club.

Why are the Nationals trading Juan Soto?

As flashy as $440 million seems, it’s worth noting that the Nationals’ extension offer would result in an average annual value of $29.3 million. According to Cot’s Contracts, that would check in as the 20th-highest hitter in the majors, a ranking unbecoming of a player of his youth and track record. Indeed, Soto’s AAV would not be the highest on the Nationals’ active roster, with right-hander Stephen Strasburg averaging $35 million per season.

Soto is the latest star to leave the Nationals, joining an impressive list that includes Bryce Harper, Anthony Rendon, Trea Turner and Max Scherzer — the latter two of whom were traded to the Los Angeles Dodgers at last year’s deadline.

Soto’s departure comes at a time of high turnover for the Nationals organization. The franchise is expected to complete a sale to new ownership this season, marking the end of an era. The Lerner family has previously owned the team since 2006, when real estate developer Ted Lerner purchased the club from Major League Baseball for $450 million. Ted later transferred ownership to his son Mark in 2018.

The rebuilding Nats are also moving on from Bell, an impending free agent. Bell appeared to be one of the other top players available on the market. In 103 games with the Nationals this season, he had hit .301/.384/.493 (152 OPS+) with 14 home runs and nearly as many walks as strikeouts. Bell represents a clear upgrade over Hosmer for the Padres.

Who is San Diego giving up?

The Nationals return is a mix of talent and major league prospects. Abrams, 21, is a speedy middle infielder who has hit .232/.285/.320 (77 OPS+) with 23 more strikeouts than walks and just seven extra base hits in 139 major league plate appearances. His lackluster performance should be viewed in the added context of missing most of last season and appearing in just 152 career games overall. For example, Abrams has already played in more big league games than at the Double- or Triple-A level. He was ranked as the 10th best prospect by CBS Sports entering the spring based on the belief that he will be good long term.

Gore, 23, is currently on the disabled list with an elbow problem. He had overcome an obvious case of the yips to post a 4.50 ERA (84 ERA+) and a 1.95 strikeout-to-walk ratio in 70 innings this season, most of which came as a starter. Gore was considered one of the best pitching prospects in the game, but his aforementioned struggles have lowered his stock. His elbow issue isn’t helping matters either.

Hassell, 20, was the eighth pick in the 2020 draft. He is hitting .299/.379/.467 in 75 games at the High-A level this season. He is considered to have a good hit tool, but scouts have long wanted to see him utilize his raw power more. It is also unclear whether he will be able to stay at center for a long time.

Wood, 19, was San Diego’s second-round pick in the 2021 draft. He’s listed at 6-foot-7 and has tremendous raw power and better speed than you’d expect from someone his size. He slipped in the draft because of concerns evaluators had about his swing-and-miss tendencies. It is encouraging that in 50 games this season, he has struck out in less than 20% of his trips to the plate.

Susanna, 18, is a big right-hander who has spent the season in the major league. He has appeared eight times, compiling a 2.45 ERA and a 4.00 strikeout-to-walk ratio. He has a big fastball and a promising breaking ball.