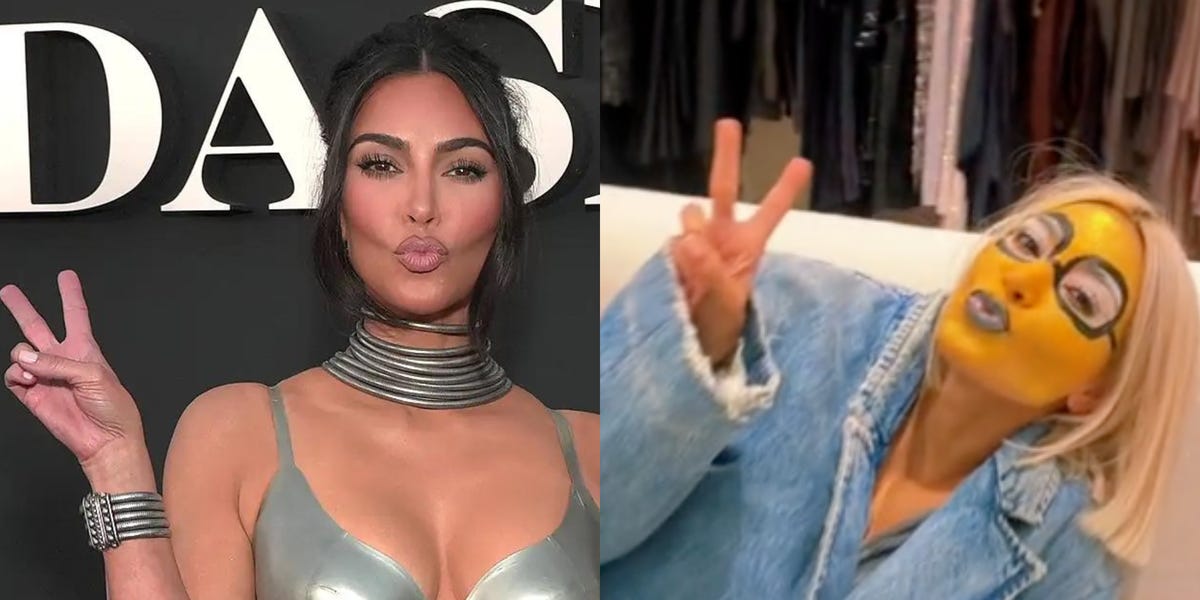 Kim Kardashian did a Minion-themed makeup look on TikTok, allowing a makeup artist — possibly her daughter North West — to apply yellow eyeshadow all over her face reminiscent of the characters in the “Despicable Me” franchise.

On her shared TikTok account with North, @kimandnorth, Kim posted a video on Monday showing someone applying liquid concealer or foundation to her skin, followed by bright yellow eye shadow and gold glitter, a pair of glasses with liquid eyeliner and blue shadow on her lips to top off the look. In the background, a Minion cover of John Michael Montgomery’s “I Swear” from “Despicable Me 2”, which has been used in more than 168,000 TikTok videosis playing in the background.

“MOMMY MINION,” she captioned the video, accompanied by two yellow hearts. A day after it was posted, the video has garnered 4.4 million likes and over 19 million views.

North isn’t clearly seen in the video, but it seems reasonable to assume she’s the one applying Kardashian’s makeup. Kardashian recently told Allure in an interview published in July that her 9-year-old daughter “had real special effects makeup,” saying she had hired a tutor to show North how to do “bruises” and “blood.”

A rep for Kardashian did not immediately respond to Insider’s request for confirmation that North did the makeup.

Minion-related trends have been abounding on TikTok since the release of “Minions: The Rise of Gru.” It involved teenagers showing up to screenings of the film as part of the “Gentleminions” trend, and people like Kardashian wearing full faces of Minion-inspired makeup using eye shadow or face paint.