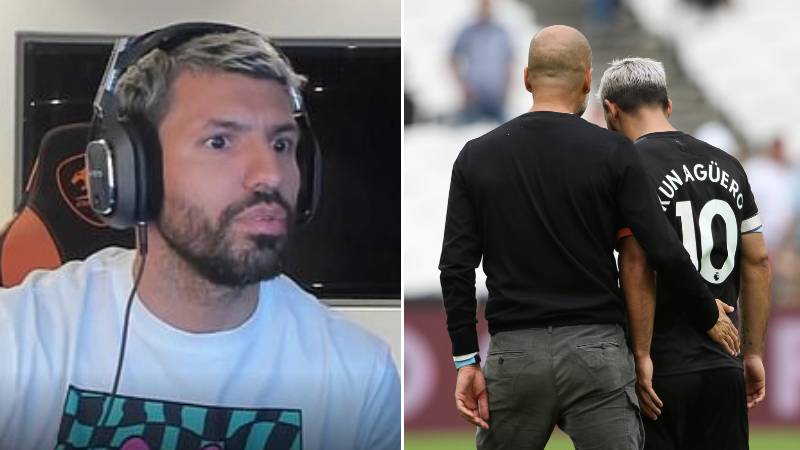 During that time, he formed a great partnership with Sterling during the six years they played together.

Last month, after seven years in Manchester, it was announced that the England international would be leaving the Etihad to join Chelsea in a £47.5m deal.

“I don’t understand the sale of Sterling, there are times when City make strange decisions,” Aguero said on his Twitch channel.

The former Barcelona forward, who lifted 11 trophies with the Premier League champions, also made a comment about new arrival Erling Haaland and how isolated he was during Saturday’s clash.

“He was very common in Germany,” Aguero said. “Haaland thought he was alone, then Van Dijk came and said ‘welcome to the Premier League’.

Raheem Sterling has often expressed his admiration for Aguero and following the Argentine’s departure, the winger paid tribute to his former team-mate.

“It’s really sad. “He probably had a lot of ambition that he still wanted to get to 33, so it was sad to see him go out like that,” Sterling said. “But again, he’s healthy and well, so that’s the most important thing.”

The England international added: “His finish was absolutely ridiculous. To see him in the warm-up before a game against Manchester City, he was so relaxed he didn’t take things seriously in a warm-up.

“How easily he did some of that finishing look was scary.

“He can look back on his career with the biggest smile because he is an absolute legend and not just for Manchester City. With Argentina, he is a player that for many years and years to come, forwards growing up will look out for him.”