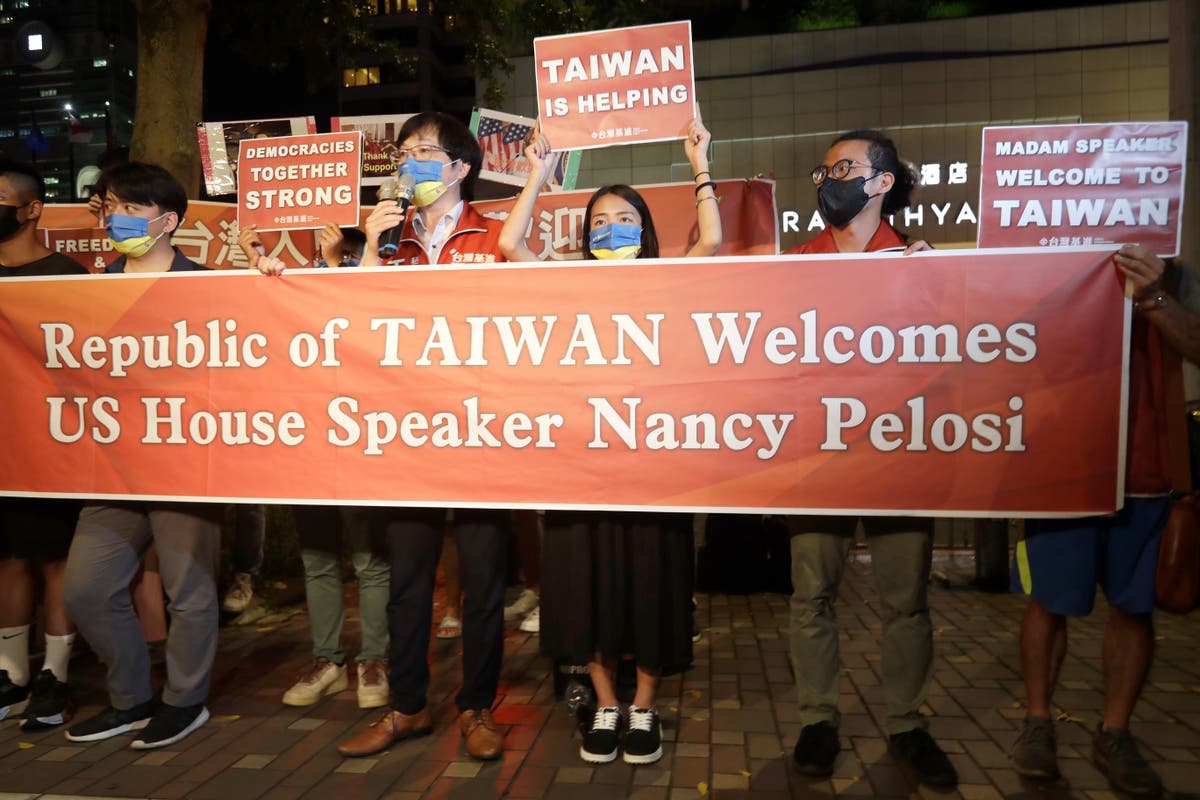 House Speaker Nancy Pelosi’s visit to Taiwan, the highest-level trip by a US official in 25 years, has sparked a diplomatic crisis between the US and China.

Beijing warned the United States it was “playing with fire” if it allowed the speaker’s visit to take place, and even Joe Biden had warned against it.

So why is Ms. Pelosi’s trip so controversial?

Taiwan, a self-governing republic of about 23 million off the coast of China, has become a flashpoint in the growing geopolitical struggle between Washington and Beijing.

Taiwan has its own democratic political system, constitution and military, and many Taiwanese consider the island a separate nation from China. But Beijing considers Taiwan a breakaway province that it will eventually bring under its control — by force if necessary.

The US, meanwhile, is an ally of Taiwan and has been ambivalent about how it would respond to a military attack by China to seize the island.

China’s rapid economic and military growth in recent decades has secured its position as Washington’s leading geopolitical rival. US foreign policy has shifted in recent years to focus on how to deal with the rise of Beijing. Taiwan is at the center of this competition.

The dispute over Taiwan’s status dates back centuries. China has staked a territorial claim on the island as early as 229 AD. The island was ruled by the Qing Dynasty from 1683 to 1895, when it was briefly administered by Japan after the First Sino-Japanese War.

After World War II, China regained control of the island. When civil war broke out in China and Mao Zedong’s communist army took control. Remnants of the former Chinese government and their supporters fled to Taiwan in 1949.

This government-in-exile, outside of Beijing’s control, would eventually develop into a democratic political system with economic ties to China. It has all the characteristics of an independent state, but its status today is a matter of fierce controversy.

Officially, the US adheres to a “One China” policy, which recognizes the Beijing government as “the only legitimate government of China.” But successive US leaders maintained informal ties with Taiwan over the decades, and in 1979 Taiwan Relations Law compels the US government to provide defensive weapons to Taiwan.

The US maintained a policy of “strategic ambiguityon whether to respond militarily to a Chinese attack on the island. But Mr Biden muddied the waters when he said the US would defend Taiwan if attacked.

China’s leader, Xi Jinping, has been more adamant than his predecessors in declaring his intention to unite Taiwan with the mainland. Beijing sees Ms. Pelosi’s trip as a challenge and has intensified military activity around the island in response.

For both leaders, Taiwan represents a core part of their own philosophy and how they see the world.

Mr Xi sees Taiwan under Chinese control as central to his efforts to restore his country’s place in the world as a global power. Mr. Biden, meanwhile, sees defending a democratic system against China as part of a larger global battle between autocracy and democracy. point of view that determines its foreign policy.