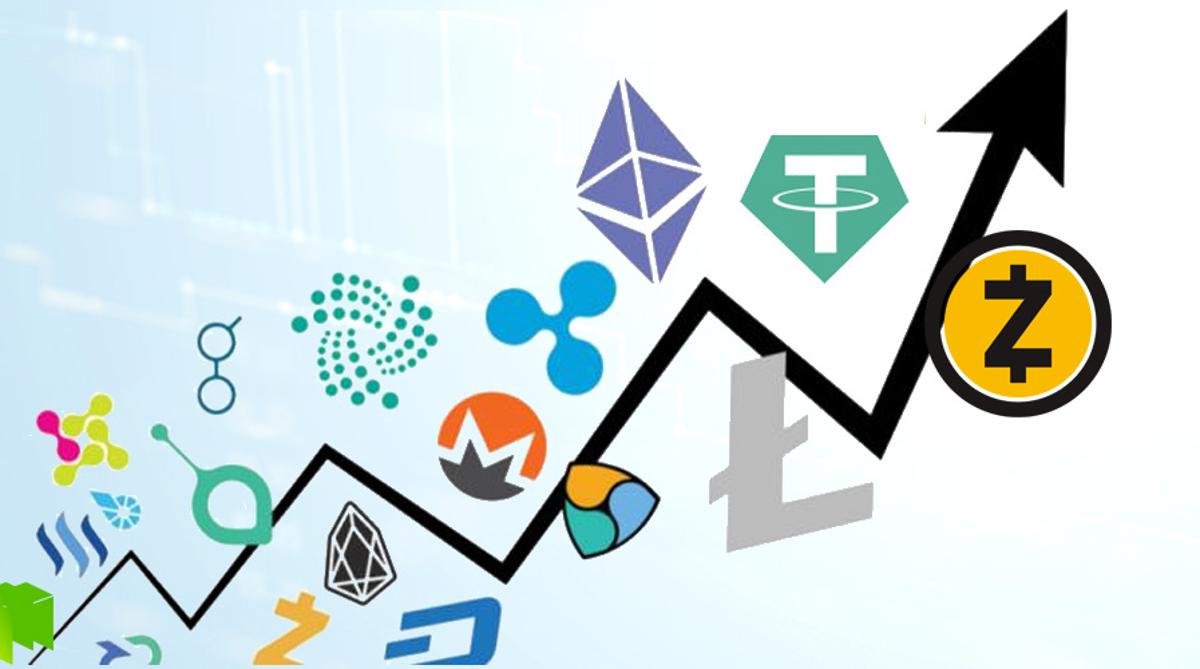 Altcoin season is a phenomenon that excites investors in the crypto market. It often means a period of multiple gains as altcoins see their valuations and prices rise rapidly. This usually comes after an uptrend in the price of bitcoin, which is what is happening now with the current market. With summer in full swing, altcoins seem to be having the time of their lives as performance has been stellar across the board.

Altcoins Run Up The Market

Altcoins have now dominated the market, although bitcoin is making gains. July was a welcome respite for investors after June’s market crash. The numbers for the month are now in and it shows that the crypto market had a good month in July.

Mid Cap altcoins emerged as market winners last month. These cryptocurrencies, which continue to have strong communities, were the best performers for the month. Figures show returns for the mid-cap index stood at 40%, the highest of all indices by a significant margin.

The Small Cap index followed. Interestingly, it trailed the large-cap index, given that this index is known to thrive in markets like this one. However, the Small Cap Index posted the second highest return of 30% for the month of July. 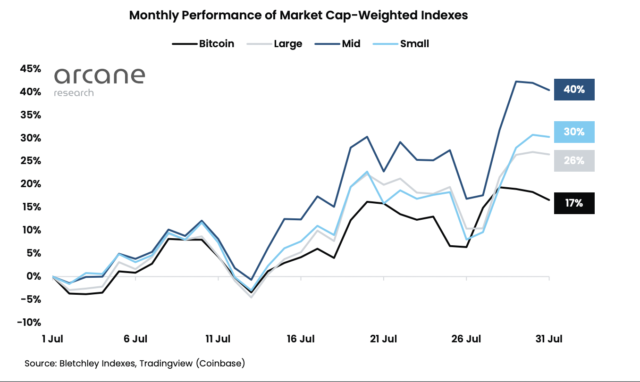 Large Cap naturally followed behind their smaller counterparts. It saw returns of 26% for the month of June, placing it ahead of only bitcoin in that regard. These numbers point to an incredible month for the market despite the issues that have rocked it.

Bitcoin was not left out of the gains recorded in July. The top cryptocurrency also followed the trend of double-digit gains, although it returned much lower compared to its smaller peers with gains of 17%. This is attributed to the gains made that saw bitcoin surpass $24,000 at one point. However, it also lost to altcoins on another front.

The battle between Ethereum and Bitcoin remains one for the books, and the altcoin has been stepping up the fight lately. Ethereum’s strength against bitcoin had recovered, which saw it once again eat up another 0.43% of market share.

Bitcoin’s market dominance fell by 0.22% and stablecoins also saw their dominance decline by 0.48%, 0.49% and 0.14% for USDT, USDC and BUSD, respectively. This means positive confidence is returning to the market and investors are no longer flocking to safe assets.