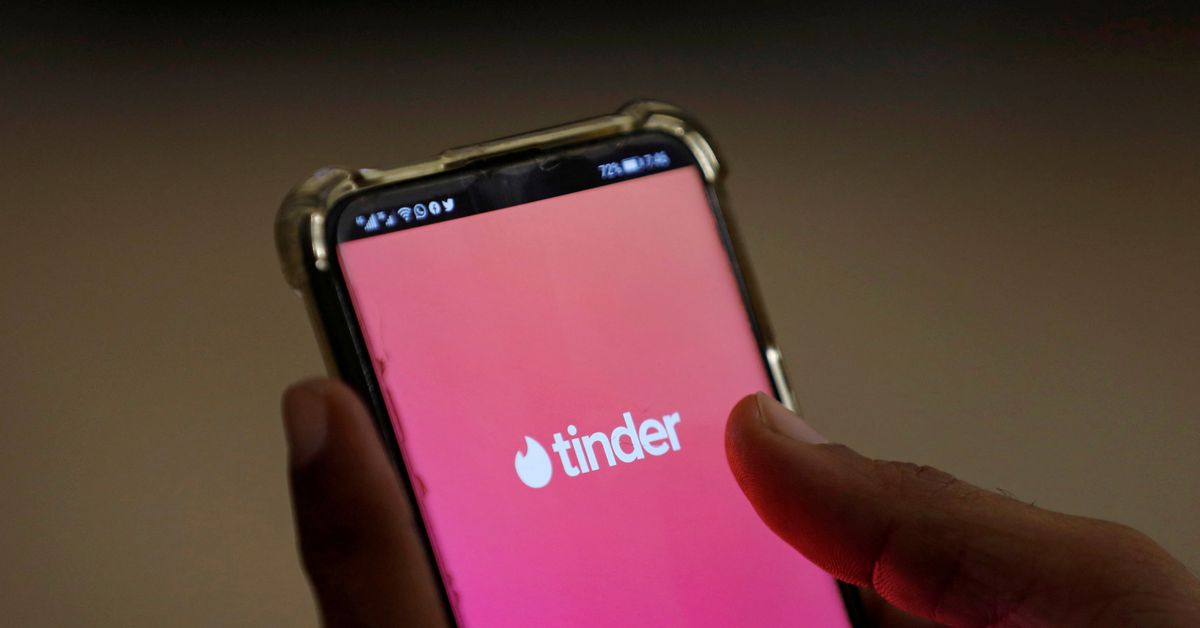 The dating app Tinder is seen on a mobile phone in this picture taken September 1, 2020. REUTERS/Akhtar Soomro/Illustration/File Photo

Aug 3 (Reuters) – Match Group Inc ( MTCH.O ) was on track to lose a fifth of its value after the sudden departure of the head of its Tinder unit and a poor revenue forecast for the current quarter.

The company, which also owns dating apps Hinge and OkCupid, announced Renate Nyborg’s departure from Tinder on Tuesday, making her the sixth CEO to leave the dating app since it was founded in 2012.

Jefferies analyst Brent Thill said it was clear that execution on Tinder was poor, pointing to problems with new products, including the in-app currency, Tinder Coins.

Even with the appointment of chief product and marketing officers at Tinder, there was no certainty of monetization, Thill said.

The company said it faced a number of challenges in the second quarter, including a hit from the stronger dollar, a drop in paying subscribers for some apps and a slow recovery in some markets.

Match is struggling with a slowdown in demand compared to early last year, when users eager to socialize flocked to its dating apps as COVID-19 restrictions eased.

For the third quarter, it forecast revenue of $790 million to $800 million, which was below Street estimates.

Match will also cut hiring and marketing spending in a tough year, he said, which comes as it lays out plans for new product development.

“We are concerned that the decision to slow hiring and reduce marketing investments could make it more difficult to meet next year’s higher revenue expectations,” Thill said.

Reporting by Tiyashi Datta in Bengaluru. Edited by Anil D’Silva