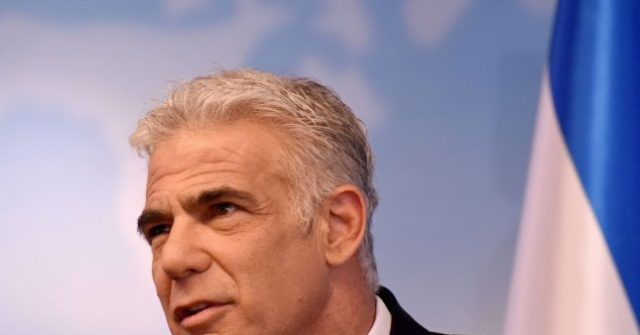 Israeli Prime Minister Yair Lapid said this week Israel has “other capabilities” against threats from Iran, in a rare allusion to the country’s widely reported nuclear stockpile.

Speaking at an event for the new head of Israel’s Atomic Energy Commission, Lapid discussed Israel’s defensive and offensive capabilities, as well as its “other capabilities” – an apparent reference to nuclear weapons.

“The operational arena in the invisible dome above us is built on defensive and offensive capabilities, and what the foreign media tends to call ‘other capabilities.’ These other abilities keep us alive and will keep us alive as long as we and our children are here,” Lapid said.

Israel has never officially recognized the possession of nuclear weapons and is not a party to the Nuclear Non-Proliferation Treaty (NPT). He is widely believed to have stored several hundred weapons since the 1960s.

Former Prime Minister Naftali Bennett, who is still in charge of the Iran file, also spoke at the event, saying that “enormous resources” have been invested in combating the Iranian nuclear threat.

Israeli Prime Minister Naftali Bennett said on Tuesday that even if the US reaches a new deal with Iran, Israel will still be able to strike the regime’s nuclear program. https://t.co/keXuadtIaG

“A year ago we made a series of decisions aimed at improving our assessments of the Iranian nuclear response. [weapons]”, Bennett he said. “We put huge resources into filling the gaps that kept me on my toes [at night].”

“The Iranians are making progress, but the Israeli system has been operating at full capacity for the last year,” Bennett continued. “I know you will continue to work, regardless of the political upheavals in the country.”

Recent months have seen a series of mysterious explosions at Iran’s nuclear facilities, as well as several high-profile assassinations, many of which Tehran has said Jerusalem was behind.

In a rare admission of Israeli operations in Iran, National Security Adviser Eyal Hulata recently said that Israel has “acted quite a bit in Iran over the past year.”