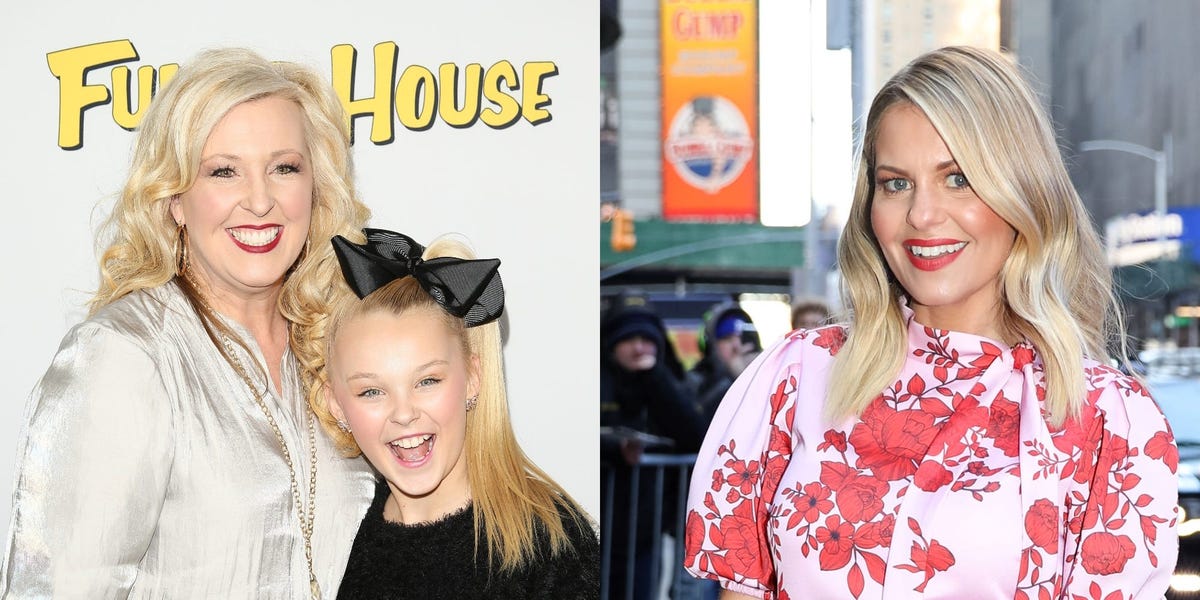 JoJo Siwa’s mom Jessalynn took on Instagram recently to remind people that there is another side to the story of her daughter meeting Candace Cameron Bure.

Jessalynn posted an old video clip of her ‘Success With Jess’ podcast and in the caption told her followers that 46-year-old Bure’s version of events “wasn’t quite right”.

In July, JoJo, 19, posted a video of herself answering questions about famous people she’s met as part of a TikTok trend. She didn’t speak in the video, but when prompted in words on screen, she revealed that Bure was the most “rude” celebrity she’d ever met. She went on to name Zendaya as her favorite celebrity, Miley Cyrus as the “prettiest” and Elton John as the “coolest” celebrity she’s ever met.

Initially, Bure appeared to post a Bible verse in response to JoJo’s revelation. Shortly after TikTok went viral, Bure posted an image with the coordinates of the Bible verse Isaiah 26:4. The verse says, “Trust in the Lord forever, for the Lord, the Lord Himself, is the eternal Rock.” according to the New International Edition.

Later, Bure posted a more direct response video on Instagram and said she had called JoJo to clarify the younger star’s feelings for her.

According to Bure, the pair “had a great conversation” and JoJo told her that her TikTok explanation was “so stupid.”

Bure said JoJo told her that when she was a pre-teen and watched the “Fuller House” premiere, Bure refused to take a picture with her, saying “not now” when approached.

The mum-of-three said she apologized to JoJo for breaking the young dancer’s heart. She also asked JoJo to apologize to Jessalynn for her because, “I know if somebody crosses my kids, mama bear comes out.”

Bure said there was no “drama” between her and JoJo and asked everyone to “move on” from the drama.

In an Instagram post on Monday, Jessalynn shared a video of herself telling the story of when her daughter asked Bure for a photo during an old episode of her podcast. The basic details of Jessalynn’s story are different from Bure’s.

According to Jessalynn’s recollection, the meeting took place at the after party of the “picturesque” 2016 premiere at an Italian restaurant, not on the red carpet.

She described the restaurant as “full,” but said that when her daughter walked up to Bure and expressed her admiration before asking for a picture, Bure replied, “not now, maybe later” dismissively.

Jessalynn said the experience was “so sad” and that Bure “just couldn’t bring himself” to take the photo with JoJo, who would have been about 12 at the time. On the podcast, Jessalyn acknowledged that “it’s hard being a celebrity” and Bure may have been having a bad day, but she said she and JoJo still remember the meeting.

Prior to her mother’s post, JoJo had also commented on Bure’s recollection of their phone call and meeting, saying that Bure didn’t tell the “whole” story.

“At the end of the day this story isn’t about a simple photo, it’s about how you treat people,” Jessalynn wrote in her recent Instagram post. “True, genuine kindness always goes a long way.”

“It’s very easy to quote a Bible verse when everyone is looking, but morality is what you have when no one is looking,” he continued.

A representative for Bure did not immediately respond to Insider’s request for comment.