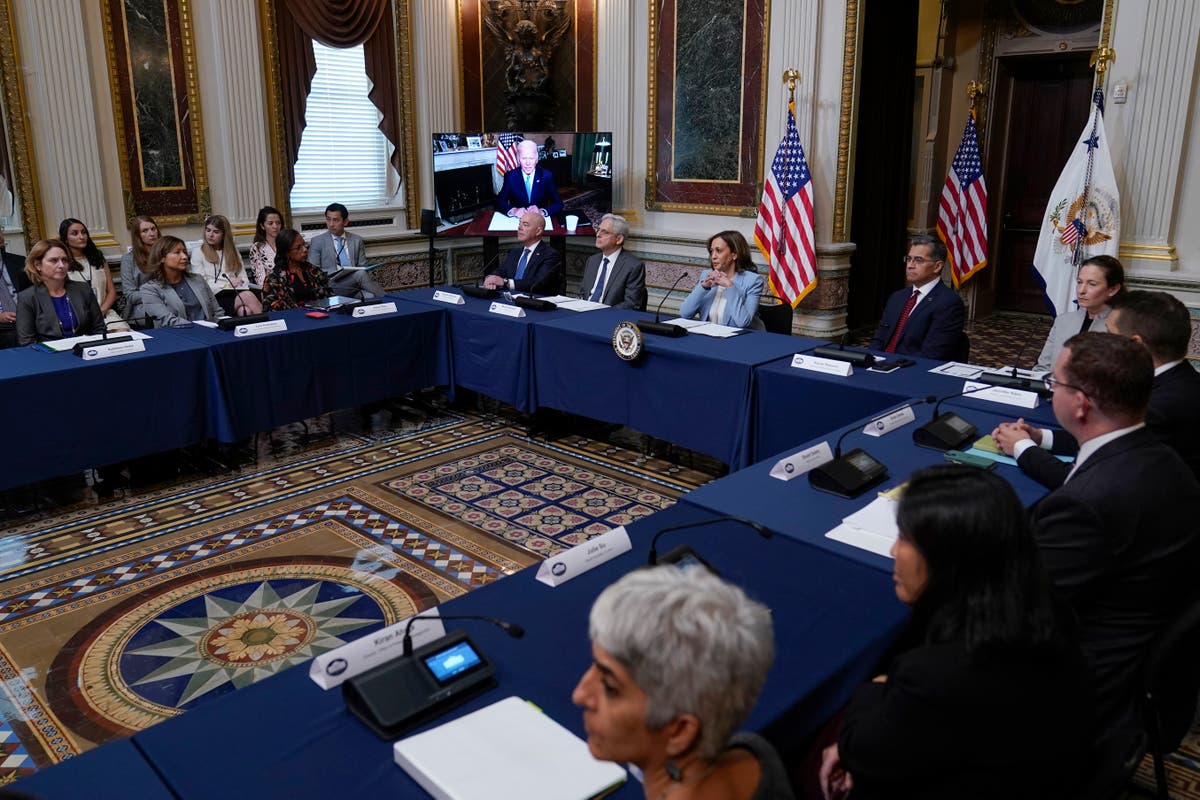 At the White House, President Joe Biden hailed the Kansas vote as the direct result of outrage over the Supreme Court’s June decision to strike down a woman’s constitutional right to have an abortion.

Republicans and the high court “have no idea about the power of American women,” Biden said. “Last night in Kansas, they found out.”

Three months to the November election, optimism may be premature. But it represents a much-needed break for a party that has spent most of the past year reeling from crisis to crisis, including a botched exit from Afghanistan and rising prices for gasoline and other goods. These developments contributed to Biden’s low approval ratings, leaving Democrats without a unifying leader able to rally voters ahead of the election, with control of Congress at stake.

The Kansas vote, however, suggests that threats to abortion rights may energize Democrats in a way few political leaders can. And it comes at a time when the party is gaining momentum on other fronts, including a legislative package to lower prescription drug prices, fight climate change and raise corporate taxes.

The challenge for Democrats will be to sustain the energy for several more months and defy the trends that usually trip up the party in power.

In recent history, the party that controls the White House almost always suffers heavy losses in the first midterm elections for a new presidency. Also, the vast majority of voters believe the country is headed in the wrong direction amid inflation and other economic concerns.

Even with the abortion-related momentum, many Democratic strategists privately expect to lose the House majority and believe the Senate is essentially a coin flip.

The day after the Kansas vote, Democratic strategists on the frontlines of key midterm contests described a complicated political reality around abortion.

Abortion rights advocates hit the polls in Kansas, where abortion was literally on the ballot. By a margin of about 20 percentage points, they rejected a measure that would have changed the state constitution to allow state lawmakers to impose restrictions on abortion — or even ban it. Turnout in the early August primary was on par with the general election contest for governor.

But few elections this fall will have such clear stakes for abortion rights. Just four states — California, Michigan, Vermont and Kentucky — are expected to hold Kansas-style abortion referendums on the November ballot, according to the pro-democracy group EMILY’s List.

In most states, Democrats must convince voters that they can protect abortion access only by defeating anti-abortion Republican candidates at the state and federal levels. While that’s true in most cases, it’s much more complicated to run for a candidate than a ballot measure, according to Democratic pollster Molly Murphy.

“The optimist would say, when voters know abortion is on the ballot, they are motivated to participate,” Murphy said. “That’s the messaging challenge we’re going to face. Will voters believe that a legal right to abortion is at stake here in this country in their vote for Congress, the Senate, the governor, the state house — all of that — and will they be as motivated to show up to vote?”

“Republicans are going to do everything they can to deflect and not deal with it,” he added, noting the Democratic Party’s heavy focus on inflation, gas prices and immigration.

The Kansas vote was “a huge disappointment for pro-life Kansans and Americans nationally,” said Mallory Carroll of Susan B. Anthony Pro-Life America.

Republican strategist Christine Matthews warned that the Kansas vote could have “a galvanizing effect for abortion rights advocates.”

“Success breeds success,” he said. “It will encourage the belief that participation and activation can make a difference and that’s especially important with younger voters and those who are less inclined to participate. It’s a dynamic change.”

Democrats have long tried without much success to energize their supporters by focusing on abortion. But the Supreme Court decision made the stakes clearer than ever. Absent a new federal law, abortion rights now rest with the states, and in 12 Republican-led states, abortion is already banned or heavily restricted. Many more are expected to follow.

Republican strategists acknowledge that swing state candidates will have to tread carefully on the issue.

In Georgia, GOP Senate candidate Herschel Walker, for example, alarmed some Washington Republicans by quickly declaring his opposition to abortion rights even in cases of rape, incest and the life of the mother. Such a position, considered extreme in previous years, is somewhat common among Republican candidates in 2022.

Republicans in other states have largely tried to avoid clarifying their position.

The Senate Democrats’ campaign department recently created a website, GOPOnAbortion.com, to highlight Republican candidates’ outspoken opposition to abortion rights. While Democratic candidates from New York to Washington state are already running ads on abortion, the issue is expected to play a bigger role in some races than others.

Michigan Sen. Gary Peters, who leads the group dedicated to protecting the Senate’s Democratic majority, predicted that abortion would likely matter more as a political issue in the Senate races of Nevada, New Hampshire and Arizona — all the states in which polls indicate strong support for abortion rights; Suburban women and younger voters are more likely to be motivated by the issue.

“There’s a lot of anger,” Peters said of the backlash against overturning Roe. “There’s an energy I’ve never seen before.”

The Kansas vote suggests such action could extend far beyond a handful of states.

More Americans disapprove than approve of the Supreme Court’s decision to overturn Roe v. Wade, 53 percent to 30 percent, according to a July Associated Press-NORC Center for Public Affairs Research poll conducted about three weeks after the decision. Just over half of respondents said they felt angry or sad about the decision, according to the poll.

In Wisconsin, the leading Democratic Senate candidate, Lt. Gov. Mandela Barnes, noted that the day the Supreme Court overturned Roe was the biggest fundraising day of his entire campaign.

“People are motivated and energized in ways I’ve never seen before,” he said in an interview. “I can only assume that this tension will increase by November.”