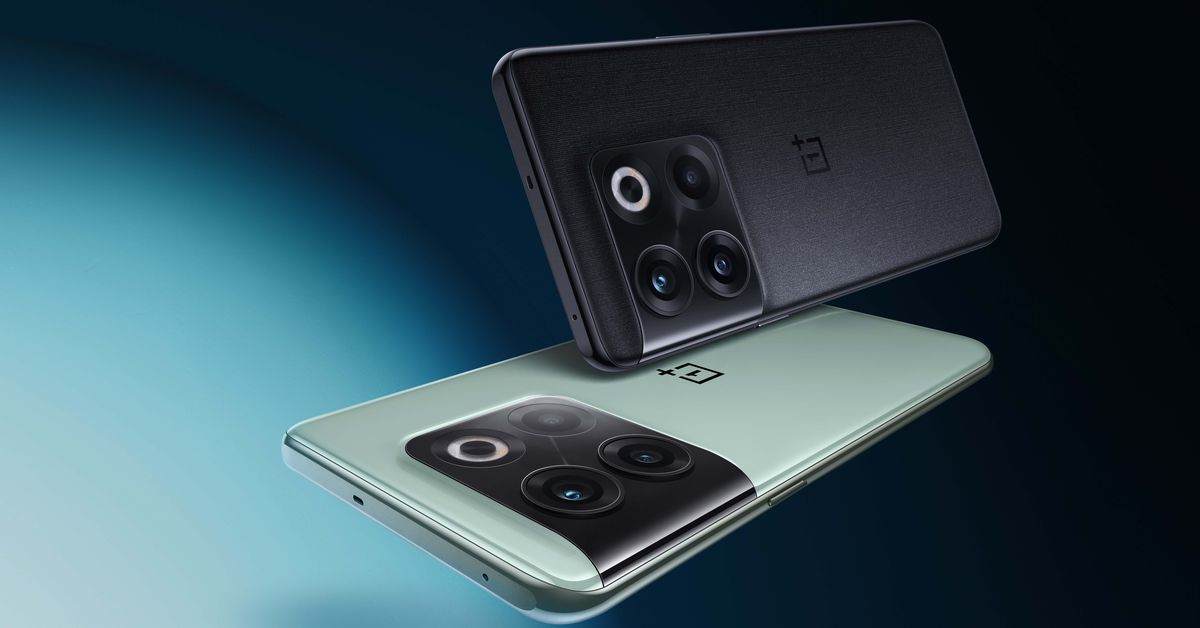 After not releasing a OnePlus 9T last year, OnePlus’ T-series returns in 2022 with the OnePlus 10T, which sees its official launch today. Many of the device’s details have already been leaked, so today’s news is about price and availability. Check out Allison Johnson’s full review for a rundown of what it’s like to use the phone in action.

In the US, the phone will be available for pre-order from Amazon, Best Buy and OnePlus direct from September 1st and will go on sale on September 29th. Prices for the OnePlus 10T will start at $649 for the 8GB RAM and 128GB storage model and rise to $749 for the 16GB RAM and 256GB storage model. Meanwhile, Europe is getting the phone a little early with pre-orders opening today and the phone going live on August 25th. UK and European pricing starts at £629 (€699) and rises to £729 (€799) for the step-up model.

Unfortunately, the US won’t see the full 150W charging speeds (blame the lower voltage 110 and 120V power outlets). Instead, charging speeds will be limited to 125W. But that’s still capable of some really fast charging, as Allison discovered when using the GT Neo 3 (which, for the environment, could charge to 46 percent in just five minutes). For the OnePlus 10T, the company promises a full charge from one to 100 percent in 20 minutes with 125W fast charging or 19 minutes with the 150W version. Take that America.

Internally, the OnePlus 10T is powered by Qualcomm’s Snapdragon 8 Plus Gen 1, a slight upgrade over the 8 Gen 1 seen in the 10 Pro. The maximum amount of RAM has also been boosted and now expands up to 16GB on the top model. As long as you can suspend 35 apps in the background at once, according to OnePlus. The company also says the phone uses its “largest and most advanced” cooling system to keep everything running smoothly.

Up front, the phone sports a 6.7-inch 1080p OLED display with a dynamically adjustable refresh rate between 90 and 120 Hz. Personally, though, I’m more interested in the fact that it’s a flat screen that doesn’t curve around the edges of the phone like those typically seen on OnePlus devices. It’s definitely a less premium look, but I think it can make large phones easier to use in the hand.

There are no Hasselblad-branded cameras this time around, but the 10T still comes with a trio of rear sensors: a 50-megapixel primary; 8 megapixel ultrawide. and 2 megapixel macro. Around the front, there’s a 16-megapixel selfie camera in a punch-hole notch at the top center of the display.

Another omission? The lack of OnePlus’ trademark notification slider, which the company previously explained it had to remove to make room for the 10T’s high-powered charging components, large battery and a large array of 15 antennas (which should mean better signal when playing landscape games, obviously).

The OnePlus 10T will ship with OxygenOS 12.1, which is based on last year’s Android 12. It should receive three major Android updates and four years of security updates. Of course, OxygenOS 13 is coming later this year (based on Android 13) and will be available on OnePlus flagship devices going back to OnePlus 8 and Nord devices going back to Nord CE.