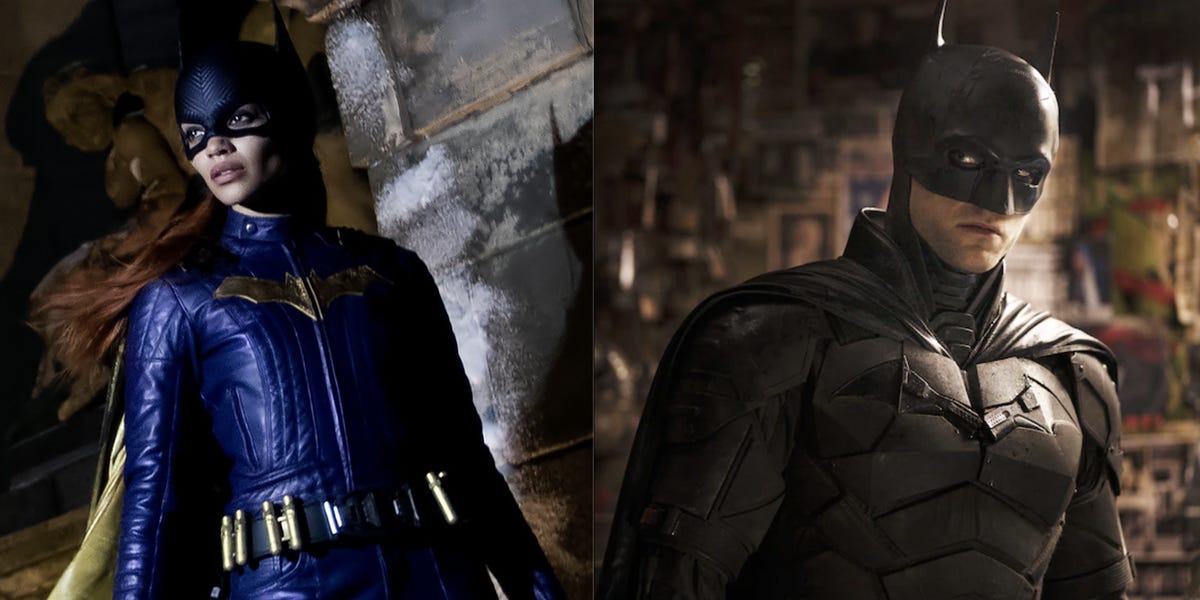 In another update for DC’s cinematic universe, the “Batgirl” movie — which wrapped filming earlier this year — won’t be released on HBO Max as planned, or even in theaters.

The film cost $90 million after pandemic-related expenses pushed up the budget, according to The Hollywood Reporter. Even with the added expense, that’s a modest cost compared to other superhero movies today, which often command prices in the $200 million range. That’s how much it cost to produce this year’s “The Batman,” another DC property released to theaters by Warner Bros.

Movie theaters are starving for more product, whether due to pandemic-related production delays or a shift to streaming. There aren’t as many movies in theaters right now as they were before the pandemic, so it’s disappointing that a mid-budget superhero movie apparently isn’t “big” enough to hit theaters.

The budget for “Batgirl” was more in line with DC’s 2019 “Birds of Prey,” which cost $85 million and grossed $205 million worldwide. It found another life on HBO Max, after an exclusive theatrical release.

Hollywood studios are increasingly committing to superhero movies and other IP franchises in theaters, as those are the biggest earners, especially since the pandemic.

If this is the future, then I wouldn’t mind the studios taking more risks, like “Birds of Prey” and possibly “Batgirl,” which had exciting cinematographers behind it with Adil El Arbi and Bilall Fallah, who directed the 2020 hit Bad Boys for Life, and a rising Latina star in Leslie Grace.

If that means lower-budget superhero movies, then that would be a welcome change of pace—for both studios and audiences—in today’s event-sized arenas that require big businesses in worldwide ticket sales to turn a profit. .

Perhaps more superhero movies should take a cue from another reliable genre at the box office: horror, which drives impressive ticket sales compared to its low cost.

Why ‘Batgirl’ Was Canceled

It’s easy to see why Warner Bros. Discovery, DC’s new parent company, will have a higher bar for DC movies after the turmoil of the past few years — especially considering it’s currently dealing with controversy surrounding the big-budget “Flash” and its star.

The company has made it a priority to get the DC film franchise on track (and cut costs to appease Wall Street). Variety reported that he wants to “reshape” DC, including reviving underutilized characters like Superman and finding an executive to oversee DC’s creative strategy, similar to Marvel Studios president Kevin Feige.

To that end, there have been many reports as to why “Batgirl” was canned. Variety and THR reported that Warner Bros. Discovery hoped to receive the film as a tax write-off.

CEO David Zaslav has made cinema a priority for the company, which means movies slated for HBO Max that were greenlit under former WarnerMedia CEO Jason Killar face extra scrutiny.

In the case of “Batgirl,” reactions to initial test screenings were “severe,” according to Rolling rockand instead of investing more money into the film to make it worthy of a theatrical release, the company chose to recoup the cost by scrapping it.

But as THR pointed out, it’s rare that early test screenings — where a film is likely far from its final version — act as a “final judgment.”

A crew member told Insider that “it was a great shoot” and “we all thought we were making a good product.”

Even if “Batgirl” didn’t test well, it’s hard for WBD to pull it off when such bad superhero movies hit theaters on both ends of the budget spectrum. Just this year, Sony’s “Morbius,” which received a 16 percent Rotten Tomatoes review score, was released in theaters — twice. Granted, with a new corporate regime comes new priorities, but it’s not a good look.

If Warner Bros. Discovery wants to repair its relationship with movie theaters (and creators and talent, for that matter), then releasing “Batgirl” might be a good start. The audience could judge for themselves.