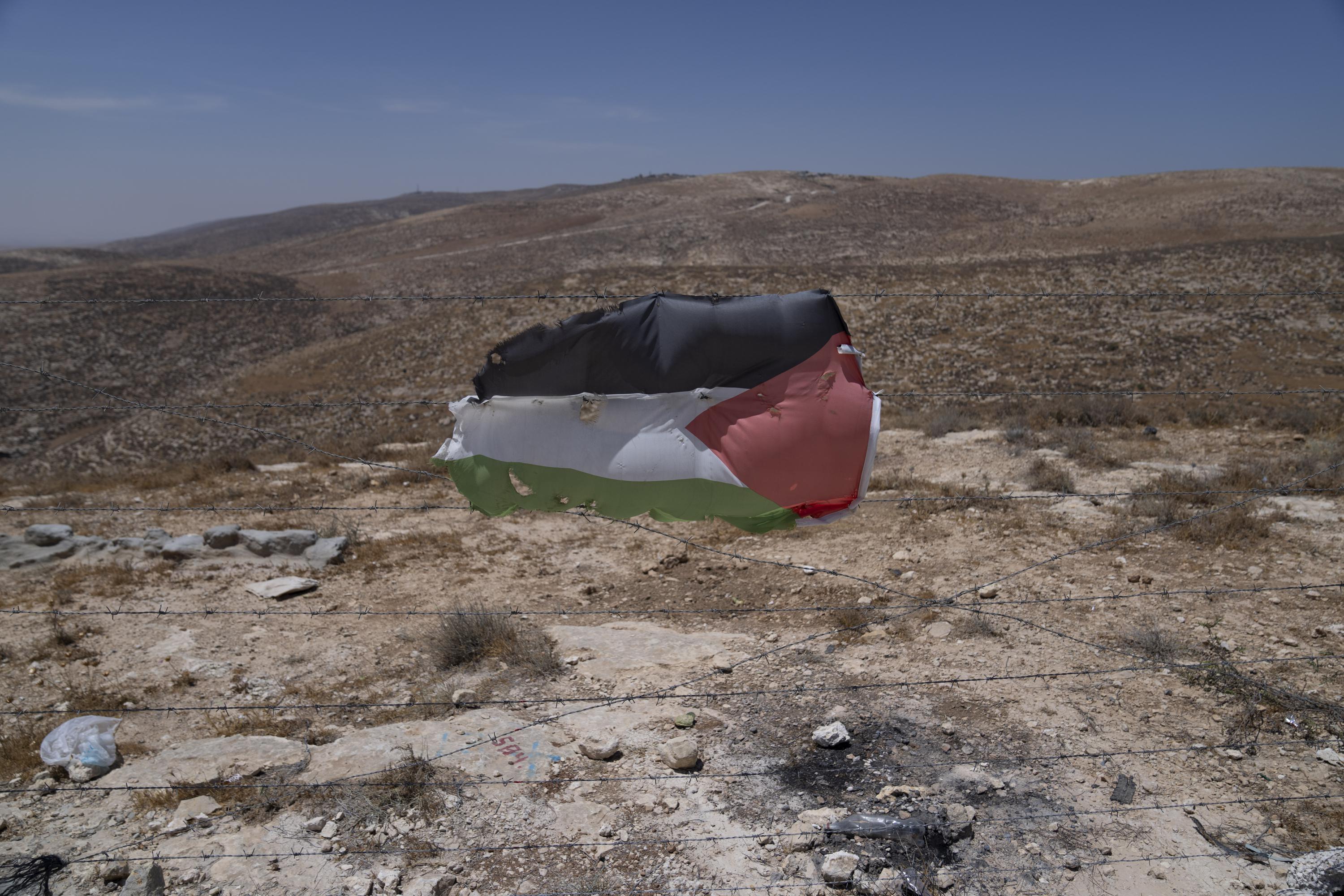 AL-FAKHEET, West Bank (AP) – After repeatedly rebuilding his home only to have it demolished by Israeli soldiers, Mohammed Abu Sabaha has a new plan to stay on the land – he’s moving into a cave.

Abu Sabaha is among an estimated 1,000 Palestinians at risk of expulsion from an arid area of ​​the occupied West Bank that the Israeli military has designated as a live-fire training zone. Israel’s Supreme Court upheld their deportation in May after a two-decade legal battle.

Most residents of the area, known as Masafer Yatta, remained in place after the decision, even as Israeli security forces periodically swoop in to demolish buildings. But they could be forced out at any time, and rights groups fear Israel will do so gradually to avoid international scrutiny.

The entrance to Abu Sabaha’s cave is surrounded by the ruins of houses and animal pens that the soldiers destroyed in previous raids. The clucking and chirping of chickens can be heard through a ruined chicken coop. A set of stone steps leads down to the cave, where he has installed electric lights, but it will take time to convert it into a home for his wife, parents and six children.

“We have suffered a lot because of this decision. Especially the children, who were born here,” he said, standing in the half-lit cave. “They left from the demolitions and then came back when we rebuilt, so many times.”

When the army isn’t demolishing houses, it’s holding training exercises nearby. Tanks kick up clouds of dust and heavy machine gun fire and explosions echo across the desert hills. Abu Sabaha says his 3-year-old daughter Zeinab gets agitated every time she sees them.

“He is always afraid that they will come to destroy once again,” he said.

The army declared this part of Masafer Yatta a firing and training zone in the early 1980s. Israeli authorities said the residents – Bedouin Arabs who practice a traditional form of agriculture and animal husbandry – used the area only part of the year and had no permanent structures there at that time. In November 1999, security forces expelled approximately 700 villagers and destroyed houses and cisterns. The legal battle began the following year.

The families say they have been there for decades – long before Israel seized the West Bank in the 1967 Middle East war – and have nowhere else to live. Some residents traditionally live in caves part of the year as they graze sheep and goats in various areas.

Israel’s Supreme Court sided with the state in May after the villagers rejected a compromise that would have allowed them to enter at certain times and farm for part of the year.

Since then, the army has demolished many structures and seized vehicles, setting up barricades and checkpoints to restrict traffic, according to Nidal Younes, head of the local council.

“This is all within the context of the occupation, to scare, to frighten, to make people’s lives extremely difficult to force them to leave,” he said.

Masafer Yatta is located in 60% of the occupied West Bank, known as Area C, where the Israeli military exercises full control under interim peace agreements reached with the Palestinians in the 1990s. Palestinian structures built without military permits – which residents say they are almost impossible to obtain – they are in danger of being demolished.

Area C is also home to several Jewish settlement outposts that are protected by the military despite being built without Israel’s permission. Nearly 500,000 settlers live in communities in the West Bank, most of which were planned and approved by the government. Many look like small towns or suburbs, with apartment buildings, shopping centers and factories.

Palestinians and the international community see the settlements as a major obstacle to resolving the centuries-old conflict because they absorb and divide the land on which a future Palestinian state will be created alongside Israel.

Israel officially considers the disputed West Bank territory subject to negotiations, but every government since 1967 has expanded settlements and the country’s mainstream right-wing parties are opposed to a Palestinian state. One of the High Court judges who ruled on Masafer Yatta is a settler.

Eugene Kontorovich, a legal scholar at Israel’s Kohelet Policy Forum, a right-wing think tank, said Israel could not allow “private squatters to determine the uses of state land” and was justified in barring people from a military field shot.

“The technical, legal justification is that it’s not their land,” he added.

Human rights groups say that many other Palestinian communities across the West Bank could face similar threats of deportation if the international community does not press Israel for Masafer Yatta. Israel has declared no-fire zones in 20 percent of the West Bank, affecting about 5,000 Palestinians from 38 communities, according to the UN Office for the Coordination of Humanitarian Affairs.

Dror Sadot, a spokeswoman for the Israeli rights group B’Tselem, said Israel would likely implement a “quiet transition” in which it would gradually make life so difficult that families would survive on their own.

The Union for Civil Rights in Israel, which has been waging a legal battle on behalf of the residents of Masafer Yatta for more than two decades, filed another petition against the Supreme Court decision.

Ronnie Pelli, a lawyer for the group, said the “terrible decision” was against international law, which prohibits the transfer of civilians from occupied territories.

“The legal consequence is that international humanitarian law is no longer relevant in the West Bank because the military commander can issue any order he wants,” he said.

“You don’t have to put people in trucks to force them off the land,” he added. “I’m really, really worried about a humanitarian disaster.”

Associated Press reporters Emily Rose in Jerusalem and Nasser Nasser in al-Fakheet in the West Bank contributed to this report.