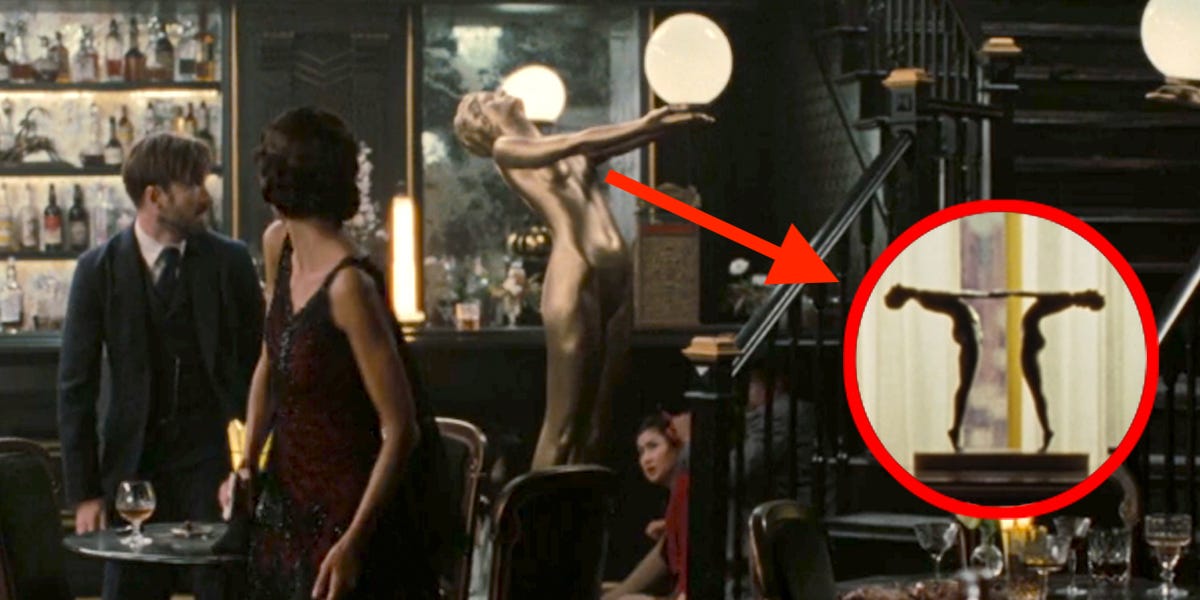 The golden statues inside the Butterfly Club were a deliberate reference to Dolores and Halores’ hotel room scene in season three.

“That’s the sick thing about my team is that a lot of things are ridiculously intentionally like that,” Carlos said. “So there’s two things we’re playing with. The first is how hosts are often thought of as inanimate objects. There are essentially pieces of statues. So playing with ‘What does a person look like when they’re no longer moving?’

He continued: “There is this unnatural quality that happens when someone stops completely and there is no movement. Somehow we accept the statuette in that state and glorify it as beautiful, but when a real person becomes a statue, there is something insanely evil and very uncomfortable about it.”

So Carlos said that any time they can use figurines “with bare form and no natural hair,” they always come back to the construction of the host and “the objectification of the human form for visual enjoyment.”

The second thing they’re playing with when it comes to the golden statues is a direct call back to the statues that were in season three, episode three when Dolores and Halores were together in a hotel room.

When fans first saw this scene, we still didn’t know which host control unit was inside Charlotte Hale’s body. But the statue on the table next to them, showing two symmetrical figures, hints at their twin connection.

“That [season three statue] it showed the symbiotic relationship between the two,” Carlos said. “And as we go into the season, we see the separation. So when we return to the Butterfly Club, these two women holding hands are no longer touching. That was a direct association with that particular statue.”