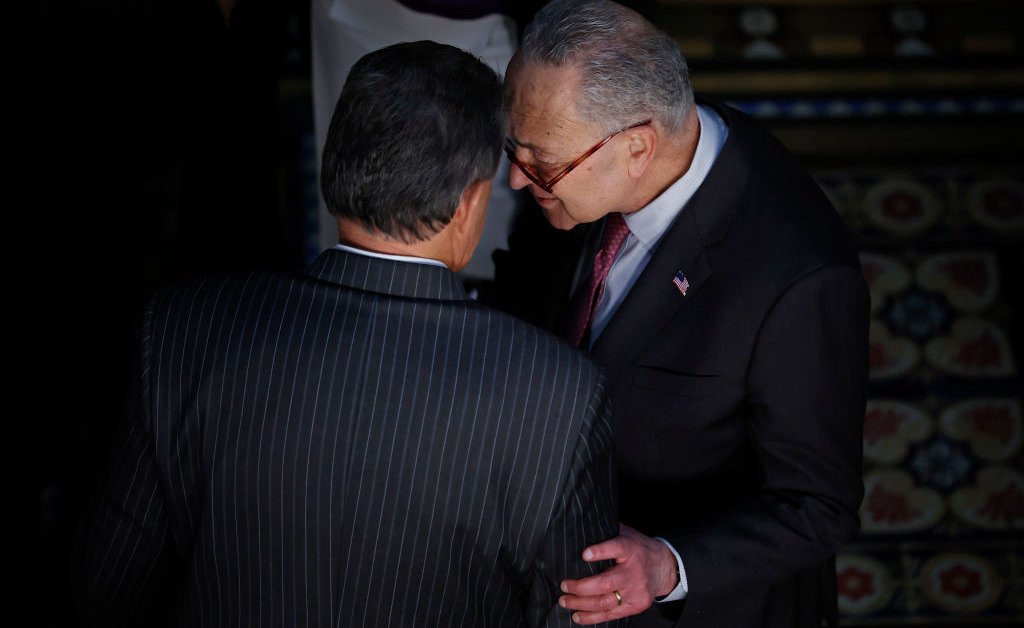 THEOn the campaign trail, then-candidate Joe Biden’s Build Back Better plan served as the centerpiece of what he promised would be a strong climate agenda. But despite the importance of the proposal that can save civilization, Biden talked more about an immediate effect on the daily lives of Americans: job creation. “When I think about climate change,” as he has often said before and after his election to the presidency, “I think about jobs.”

The approach had a very clear political logic: the country was in the midst of unprecedented uncertainty with unemployment briefly soaring to almost 15%. Americans worried about their ability to cope. Now, two years later, economic woes remain on the minds of many voters, this time in the form of the most significant inflation in decades. Enter the Inflation Reduction Act. The bill, negotiated behind the scenes by West Virginia Sen. Joe Manchin and Senate Majority Leader Chuck Schumer, shares many of the same planks and aims to Build Back Better—that is, reduce U.S. carbon emissions—but with a new, more current name to slap. the.

Much has been written about whether the Inflation Reduction Act will actually reduce inflation. (Hint: analysts and economists say it will — even if it takes a few years to get going.) But beyond the policy implications, the significant narrative shift from “job creation” to “collapse inflation” is worth considering. By rebranding Biden’s most important climate policy as a bill to reduce inflation, Democrats emphasized that “climate is everything.” Political rhetoric is finally reaching reality.

A version of this story first appeared on Atmosphere is everything newsletter. To sign in, click here.

To understand how got here, it’s helpful to look back at two pieces of legislation created at the height of the Great Recession: the American Recovery and Reinvestment Act (ARRA) and the American Clean Energy and Security Act (ACES). Acronyms are incredibly unusual, so bear with me here. ACES, a climate bill pure and simple, was introduced in 2009 as the country’s chance to finally tackle climate change. It would have put a cap on carbon emissions and allowed companies to buy and sell pollution credits. It was complicated and difficult to understand. Popular support lagged behind. He never made it law. ARRA, on the other hand, was not intended to be a climate bill. Enacted that year, it pumped nearly $800 billion of federal dollars into the economy for everything from new highways to broadband Internet. Most notably, it included $90 billion in federal funding to boost clean technology. The lesson for many policymakers was clear: spending heavily to invest in climate-related things is popular and politically feasible, while complex regulatory systems are not. The grassroots push for a program like the Green New Deal cemented that belief.

Biden, who oversaw the distribution of stimulus funds as vice president, came to the White House last year with the intention of using the same approach. He proposed spending a few trillion dollars on his Build Back Better plan amid another financial crisis, but stalled. There are many factors to blame — Manchin’s volatile status among them — but it’s worth noting that the jobs narrative may have been less compelling as unemployment fell quickly after Biden took office to around 3.6 percent. today.

As Build Back Better stalled, politicians looked around for other key issues to attach to the bill. Some have suggested the push was shaped in response to Russia’s invasion of Ukraine—reducing dependence on fossil fuels could reduce Russia’s influence. But it was Manchin who arguably had a better sense of the political winds.

With voters consistently inflation ranking among their top concerns, retooling a massive spending bill as an effort to address the issue made political sense. This is not to say that the connection is all rhetoric designed to serve the polls. Analyzes from places like Moody’s show that the legislation leads to a moderate reduction in inflation over the medium term.

The links between energy, climate and inflation are myriad and obvious. The economy runs on fossil fuels and volatile prices can play a key role in inflation – as we saw with the war in Ukraine. And then there are the inflationary effects of extreme weather events, which disrupt supply chains and drive up insurance costs. In my contributions to this newsletter, I often try to make connections between climate change and the world around us that are not necessarily obvious or widely understood. What a surprise that, this week, Joe Manchin did it for me.

Write to Justin Worland at justin.worland@time.com.