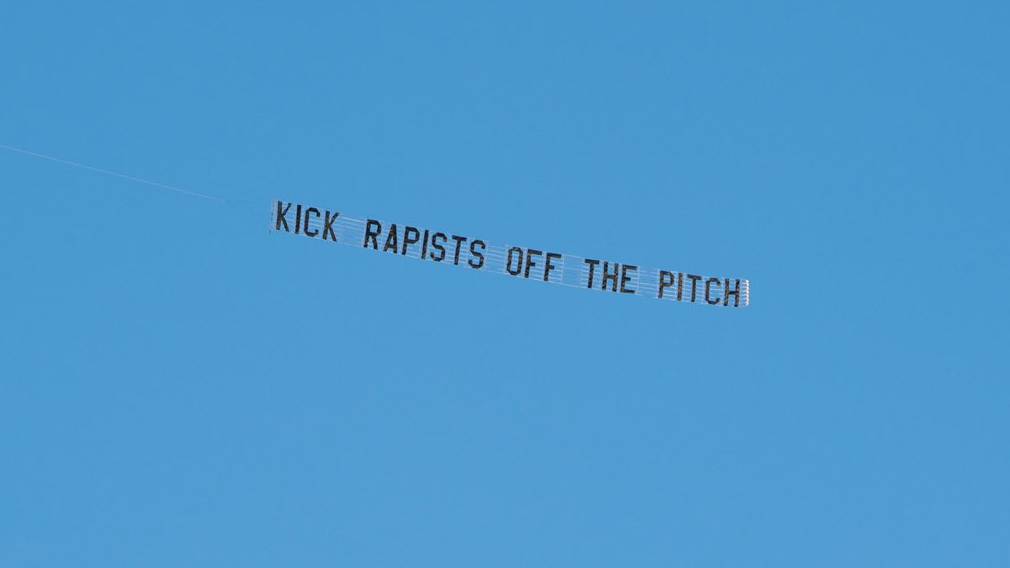 Arsenal fans teamed up with feminist campaign group Level Up to fly a banner over Selhurst Park during the opening Premier League game to call on football to kick rapists out of the game.

The Gunners open the Premier League season with an away clash with Crystal Palace on Friday night, the second season in a row they have had a London derby to kick things off.

The banner was co-funded by Arsenal fans and Level Up, with the campaign team explaining why they threw the banner above the ground.

“The Premier League is finally starting to recognize the huge influence football has on our culture and individual behaviors by introducing mandatory consent education,” said Level Up co-director Seyi Falodun-Liburd. the Athlete.

“We want to see all the actions from our open letter implemented, particularly consequences and disciplinary action for players who cause harm – and we want this to be done by an independent ombudsman, who sits outside any business or club.”

We can’t wait any longer. We have applied. We have written open letters. We had meetings. We will be more direct.

It is long overdue for Premier League clubs to address a culture of impunity, complicity and silence surrounding rape in football.

The Premier League announced on Thursday that it was introducing mandatory sexual consent training for all players in the league.

A statement from Level Up said they “plan to disrupt the fanfare and demand England’s top flight do more about ‘a culture of impunity around sexual violence in football’.”

It comes on the back of other players facing rape charges, with Benjamin Mendy currently on bail awaiting trial on eight counts of rape, one count of sexual assault and one count of attempted rape.

Arsenal fan Mikey Franklin, who helped fund the banner on Friday, told The Athletic: “As a lifelong Arsenal fan, I want to see our club lead the league in tackling sexual violence.

“Anyone who is violent towards a woman should be held accountable, no matter how important they are to the success of any team.

“Sexual violence is a problem everywhere and I want Arsenal, given their importance in the Premier League, to lead the way.”

If football does not take action against those who commit violent crimes against women, they risk alienating 51% of the population.