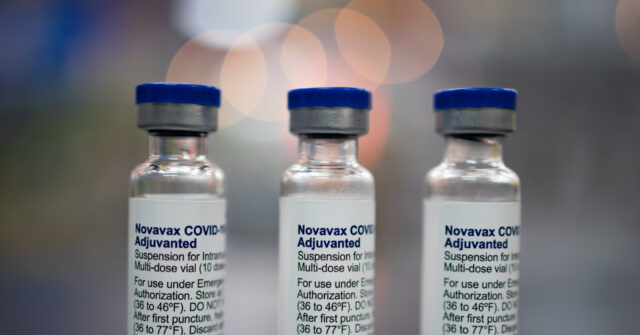 The European Medicines Agency (EMA) has called for a warning for the Novavax Wuhan coronavirus vaccine about two possible heart-related side effects in those who receive the vaccine.

The EMA said the Novavax vaccine, which is a traditional protein-based vaccine rather than an mRNA-based vaccine, should be labeled with a warning about possible side effects of two different types of heart inflammation.

According to a report from the Reuters news agency, the EMA wants to list myocarditis and pericarditis as possible side effects of receiving the vaccine, side effects that have also been seen with mRNA vaccines, particularly in younger men.

The risks of myocarditis have led some governments to stop certain vaccines for certain groups, including France, which stopped doses of the Moderna vaccine for under-30s in November last year.

“We now have the scientific evidence to show that the risk of myocarditis for young men is greater from the vaccine than from the disease. We also know that the disease – the fatality rate is closer to one in a million,” he added.

“We will work with the relevant regulatory authorities to ensure that our product information is consistent with our shared interpretation of the incoming data,” Novavax said in a statement.

The EMA’s recommendation comes just weeks after the agency noted severe allergic reactions in the Novavax vaccine as possible side effects. Since it was approved in December in the EU, around 250,000 doses of the Novavax vaccine have been administered.

While the Novavax vaccine has been available in the EU and Canada for months, the US Centers for Disease Control and Prevention (CDC) approved the vaccine for adults only last month.

“If you’ve been waiting for a COVID-19 vaccine based on a different technology than those previously available, now is the time to join the millions of Americans who have been vaccinated,” said CDC Director Dr. Rochelle Walensky.