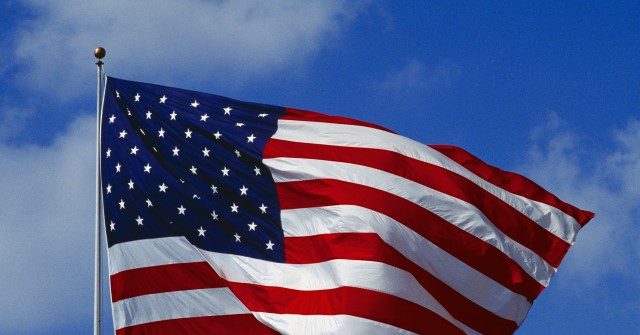 Only one in five Americans believe the country is headed in the right direction — and I’m one of them.

Not because President Joe Biden is doing a good job — we’re in a recession, and I don’t think America has seen a more incompetent president in a century — but because voters and leaders are quietly pushing the country back over the edge and setting limits, literally and figuratively.

Despite heated rhetoric in the media, the risk of extremist takeover or outright civil war is nil and falling.

It may not seem like it as we enter the campaign season.

But consider: Last week, the Biden administration revealed that it is going to restart construction of a “wall” on the US’s southern border in Arizona.

The White House tried to claim that it was simply filling in the gaps left behind by the Trump administration, but those gaps only exist because Joe Biden stopped construction when he took office. Democrats are finally feeling the high cost of illegal immigration and acting on it.

This week, House Speaker Nancy Pelosi (D-CA) traveled to Taiwan, defying both the Chinese Communist Party and the Biden administration. It was a departure from Pelosi’s usual stance of trying to be nicer to America’s enemies, and won her rare praise from Republicans. Indeed, Pelosi has criticized the mainland regime for decades, but has rarely been so bold. It took Trump to break the pro-China consensus, but Pelosi has made this a bipartisan stand.

Back home, in the Michigan primary, a liberal Democrat, Rep. Haley Stevens, defeated fellow Democrat Rep. Andy Levin, who challenged her after his own district’s boundaries were redrawn to include more Republicans. Although Jewish, Levin has been an outspoken critic of Israel, supported by left-wing groups.

Stevens, though not Jewish, has attracted support from pro-Israel groups, showing that the anti-Israel position is now in retreat, despite the best efforts of “The Team”.

President Biden’s trip to Israel last month was successful largely because he ditched his own campaign promises and embraced his predecessor’s policies. Last year, the Biden administration would barely utter the words “Abraham’s Covenants,” yet Biden has now embraced the initiative.

He also dropped plans to open a special consulate for the Palestinians in Jerusalem, which would divide the city. And he made it clear that he would support a military strike on Iran — if only as a last resort.

The Saudis have not played enough ball in expanding oil production, so Biden and his allies in Congress have accepted that they will have to accept some domestic fossil fuel production to lower current prices.

This is the gist of the agreement to pass the so-called “Inflation Reduction Act”: it will not reduce inflation, but it will expand oil and gas lease and complete a pipeline in Sen. Joe Manchin’s (D-WV) home state. Expect more realism as heating bills rise and electricity shortages become apparent.

More convergence: this week, Biden announced another executive order on abortion. But the real action was in Kansas, of all places, where voters won a referendum on Tuesday to remove abortion rights from the state constitution. This was seen as a victory for the pro-choice side, but it also suggests that the parade of horrible liberals predicted after Roe v. Wade reversed in june won’t happen. And it was a vindication of the conservative idea that states will eventually find their own way forward.

We have not resolved contentious issues such as abortion, but we have narrowed the debates.

Same with health care: Democrats failed to pass Medicare for All, but Republicans couldn’t repeal Obamacare. Instead, they ended the most constitutionally offensive part: the “individual mandate.” Between the two, a hybrid policy may still emerge.

The January 6 Commission continues to divide. Democrats use it to portray President Trump — and Republicans in general — as a threat to “democracy,” though few Democrats accepted the outcome of Trump’s 2016 election victory.

But the hearings also reinforced the principle that rioting is an unacceptable way to pursue political goals — something Democrats conveniently forgot in the summer of 2020, when many rescued rioters or joined them in the streets.
Today, Democrats are running as fast as they can from “police defunding,” as voters even in left-leaning bastions like San Francisco revolt against “progressive” prosecutors. The same San Francisco electorate also recalled the most “woke” members of the local school board.

Despite our polarizing political leaders, there is a convergence, a convergence that rejects the extremes of debate in favor of common sense. Whether because of Biden or in spite of him, this is very good for America.