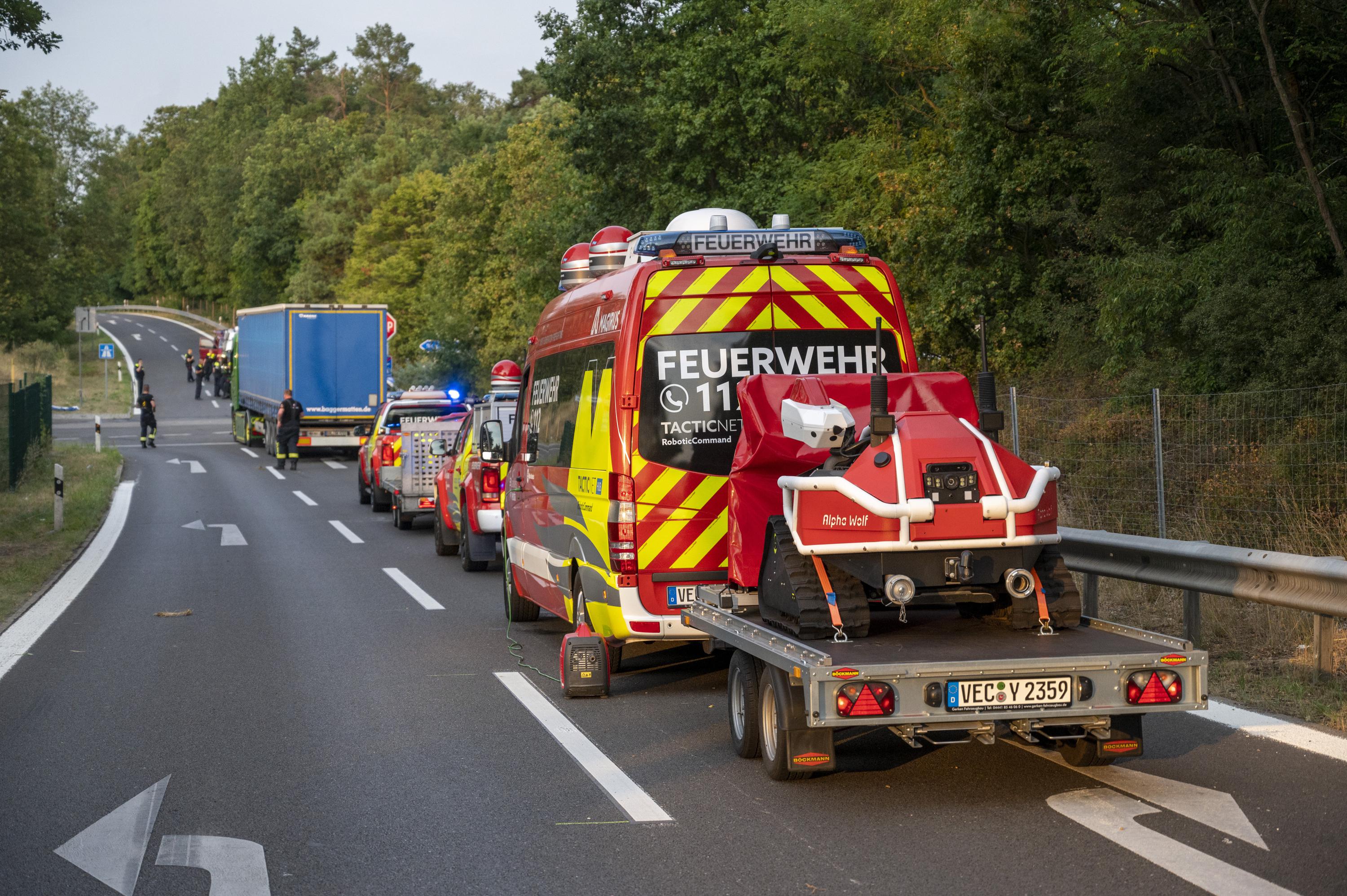 BERLIN (AP) — A fire accompanied by explosions at a police ammunition dump in a Berlin forest was contained and largely extinguished Friday, but authorities were still waiting to gain access to the dump itself.

The fire broke out in the early hours of Thursday in the Grunewald forest on the western edge of the German capital. The site is far from the nearest homes and no one had to evacuate, but authorities declared a 1,000-meter (more than half a mile) exclusion zone and a nearby highway and rail line remained closed on Friday.

Fire department spokesman Thomas Kirstein said the fires in the area around the ammunition dump were largely out by Friday morning. Authorities are now hoping to get a closer look at the site itself, with the help of armored vehicles and robots, after being unable to do so on Thursday amid concerns about continued sporadic explosions.

It remains unclear what caused the first explosions at the ammunition dump early Thursday. The site was created in Cold War-era West Berlin in 1950, and 25 metric tons or more of fireworks, World War II ammunition and other explosives had been stored there before the fire started. Controlled explosions take place there twice a year.