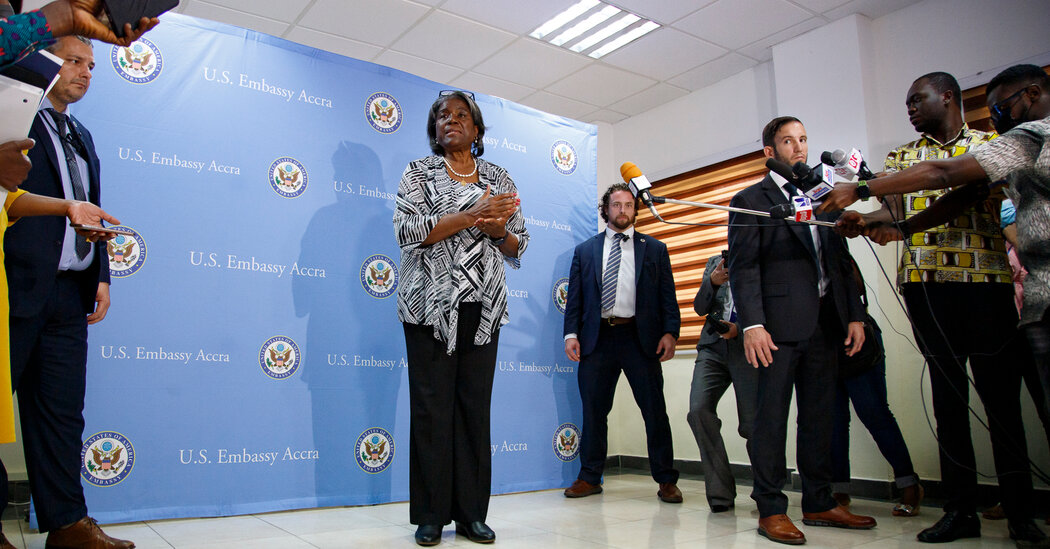 Ahead of a trip to Uganda and Ghana this week, United States Ambassador to the United Nations Linda Thomas-Greenfield said in an interview that it would be a “listening tour” and that he wanted to find solutions, not assign blame, for a food insecurity crisis intensifying on the African continent following Russia’s invasion of Ukraine.

But after arriving in Uganda, she warned African countries that there were red lines that should not be crossed.

“Countries can buy Russian agricultural products, including fertilizers and wheat,” Ms Thomas-Greenfield said on Thursday. according to the Associated Press. But, he added, “if a country decides to cooperate with Russia, where there are sanctions, then it is violating those sanctions.”

Buying Russian oil could constitute a violation of these sanctions. The US banned Russian oil and gas imports in March, and the European Union will ban most Russian oil imports by the end of the year.

“We are warning countries not to violate these sanctions,” Ms. Thomas-Greenfield said, because then “they have an opportunity to take action against them.”

Most African countries have tried to stay out of Russia’s battle with Ukraine. However, they have suffered its consequences. Russia and Ukraine are major grain exporters to African countries, and rising prices as a result of the war – exacerbated by droughts, conflicts and the lingering economic impact of the pandemic – have hit families hard.

Hundreds of millions of people in Africa do not have enough food. According of the humanitarian aid organization Alima, nearly a million people are at risk of death in just one region: the Sahel, a vast expanse south of the Sahara.

How effective Ms Thomas-Greenfield’s warning will be is uncertain. Even if African countries are penalized for buying Russian oil, some may decide it’s a price worth paying. Skyrocketing fuel price hikes and shortages have already hit hard and driven food prices even higher.

On a trip to four African countries last month, Russian Foreign Minister Sergei V. Lavrov denied any Russian responsibility for global food shortages, instead blaming Western sanctions on Russia for preventing its grain from reaching markets. Western officials have repeatedly said — and Ms. Thomas-Greenfield emphasized before her trip to Africa — that the sanctions do not impede Russian agricultural exports and have issued specific assurances that entities involved in such trade are not in violation.

However, Russia’s message continues to circulate. Following Ms Thomas-Greenfield’s visit, Yoweri Museveni, President of Uganda, he said on Twitter, “If they really want to help Africa, they should consider separating us from sanctions in a war where we are not involved.” The post carried a picture of him with Ms Thomas-Greenfield.