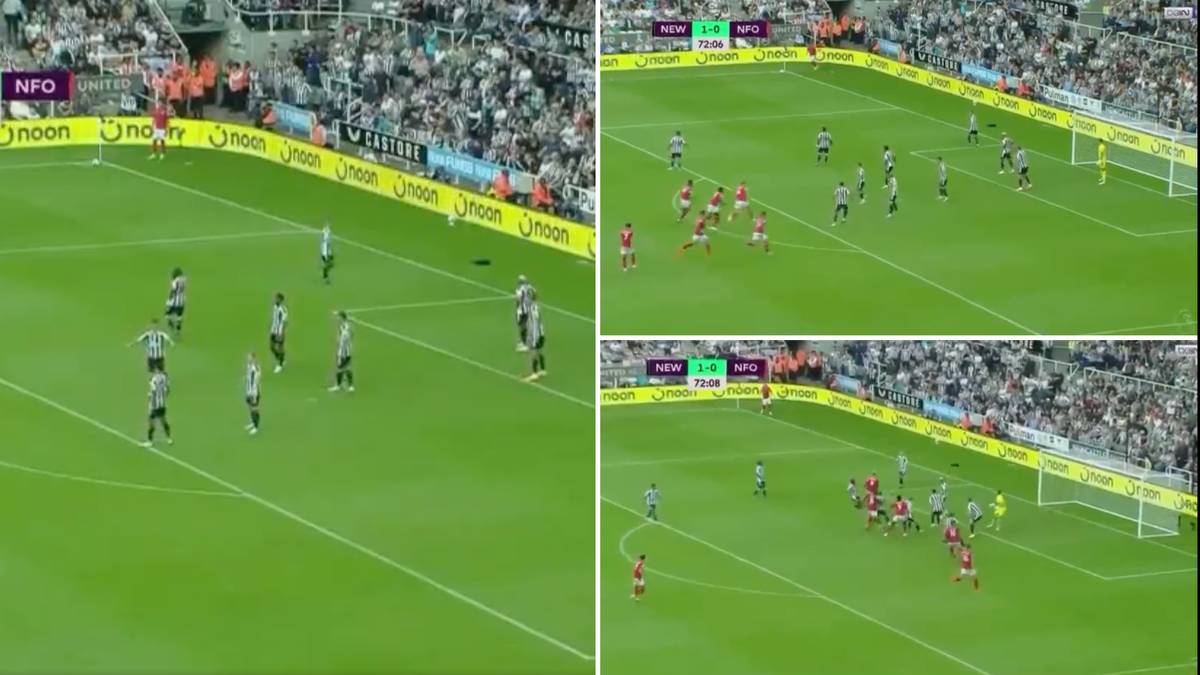 Nottingham Forest performed one of the strangest corner routines we’ve seen during their 2-0 defeat by Newcastle United.

Steve Cooper’s side traveled to St James’ Park for their first Premier League game in more than 23 years on Saturday afternoon.

It wasn’t a winning comeback, but they produced one of the competition’s biggest talking points.

Forest took a corner at 1-0 and decided to leave every player outside the box. Just watch the screenshot below and everything will make sense.

As the corner is taken, five Forest players enter the penalty area and try to claim the ball.

Newcastle goalkeeper Nick Pope and his defenders looked as confused as everyone else on the pitch.

Pope managed to catch the ball with ease after a bad delivery and left everyone watching what the hell they had just watched.

It’s safe to say that it needed much better delivery and much better execution. The clip has gone viral and fans still don’t fully understand what was attempted.

One person said: “It’s like something I’d make in FIFA when I was bored.”

Another suggestion: “Sunday League vibes I rate it.”

A third tweeted: “What in Ted Lasso’s name is this?”

While one said: “The moment I realized we’re in for a big season.”

The real tactic was probably an attempt to disorganize the Magpies defense and leave them wondering who to mark and pick up.

Forest started the game with six of their 12 new signings on the field, while Newcastle only included Pope among their youngsters.

Eddie Howe’s men were dominant throughout and Forest failed to register a single shot on target.

They managed to keep Newcastle out until the 58th minute when centre-back Fabian Sarr produced a sensational effort from the edge of the box.

He blasted his effort at the near post and there was nothing Dean Henderson could do about it.

Callum Wilson sealed all three points 12 minutes from time with a first-time chip over Henderson and into the far corner.

This story is evolving, more to come…