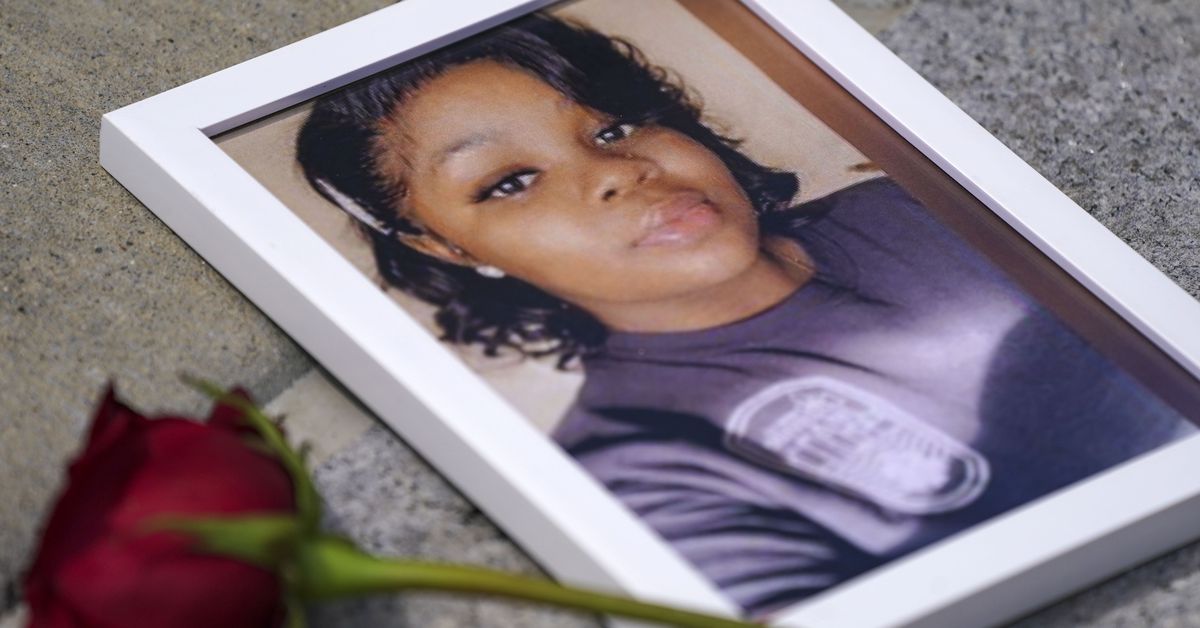 More than two years after Breonna Taylor’s death, the officers involved in the warrant search that led to her killing have finally been charged — by the federal Department of Justice.

In an unexpected announcement on Thursdaythe department charged four current and former Louisville metro police officers with federal crimes in connection with the police shooting of Breona Taylor.

Officers shot and killed the 26-year-old black woman at her home on March 13, 2020, in Louisville, Kentucky, while serving a search warrant related to a drug investigation. Taylor was asleep when officers entered her apartment that night with a “no-knock warrant” and opened fire 32 shots.

The police killing sparked national protests that have continued for more than two years. Kentucky prosecutors have not charged any of the officers in Taylor’s death. A police officer was charged with wanton endangerment for shooting at a neighboring apartment, but in March a jury found him innocent. The city settled a lawsuit for $12 million with Taylor’s family in 2020 and 2021, the Justice Department launched an investigation into allegations of systemic misconduct by the Louisville Police Department.

Now the Justice Department alleges that members of the Louisville Metro Police Department’s Field Investigation Unit, which police say was created to reduce violence in a high-crime area but has faced scrutiny for allegedly “rogue police unit,” falsified the affidavit used to secure the search warrant at Taylor’s home. To obtain the search warrant, officers made false statements, omitted facts and relied on stale information, the department alleges. Then, prosecutors say, after Taylor was killed, they conspired to cover up their actions.

The second indictment charges former detective Brett Hankison with civil rights violations for firing his service weapon into Taylor’s home through a screened window and a screened glass door. The department also charges current Sgt Kelly Goodlett conspiring with Janes to falsify the search warrant and cover up their actions afterward.

Social justice activists hailed the announcement as a victory, though many acknowledged that criminal charges could never undo the harm done. Taylor’s mother, Tamika Palmer, He wrote“They said it couldn’t and wouldn’t, but they didn’t know I could and will stand for 874 days,” noting the number of days that have passed since Taylor’s death.

Since police are rarely prosecuted for shooting civilians in the line of duty, the Justice Department’s decision to charge officers is unusual. See what the decision could mean in the fight for justice for Breonna Taylor and the four current and former officers.

What do the charges mean?

On March 13, Louisville police had a warrant to enter and search Taylor’s home because they believed a suspect in their drug investigation was receiving packages at Taylor’s home. However, the man they were looking for, Jamarcus Glover — a man Taylor dated years ago but was not friends with — did not live in Taylor’s apartment and kept elsewhere.

The Justice Department claims the search warrant was invalid. Jaynes and Meany intentionally deprived Taylor of her constitutional rights when they drafted and approved a false affidavit to obtain a search warrant for Taylor’s home, according to the department.

The indictment alleges that both men knew the affidavit “contained false and misleading statements, omitted material facts, was based on stale information, and was not supported by probable cause,” according to DOJ statement. He also claims that because Jaynes and Meany knew the search warrant would be conducted by armed officers, they also knew it could create a deadly situation for the officers and anyone inside Taylor’s home.

On March 12, 2020, officers from the Field Investigations Unit sought five search warrants they claimed were related to suspected drug trafficking in Louisville’s West End. Four of the search warrants were for that neighborhood, but the fifth was for Taylor’s home, located 10 miles from the West End. according to the Ministry of Justice.

The indictment goes on to allege that the affidavit falsely claimed that officers had verified their target in the alleged drug-trafficking operation, Glover, had received a package at Taylor’s apartment.

The first indictment also charges Jaynes with conspiring to cover up the false warrant affidavit after Taylor’s death and making false statements to investigators. Jaynes allegedly worked with Goodlett to do so, who the Justice Department has also charged with conspiracy. The department alleges the two officers met in a garage in May 2020 and agreed to tell investigators a false story.

And when the warrant was served, the situation turned deadly.

The investigating officers were unaware of the false and misleading statements used to obtain the warrant, according to the Justice Department. When they got to Taylor’s apartment that night, they broke down the door. Taylor was in the home with her boyfriend, Kenneth Walker, who had a handgun. believing an intruder was entering the apartment, fired a shot and hit the first officer at the door. Two officers – Jonathan Mattingly and Myles Cosgrove — he then immediately fired a total of 22 shots into the apartments, one of which struck Taylor in the chest and killed her.

The Justice Department filed charges against only one of the officers — Hankison — who fired that night. The two civil rights charges against Hankison contained in the second indictment is the allegation that he used “unconstitutionally excessive force” when he fired his gun into Taylor’s apartment.

He fired 10 more shots after Taylor had already been shot. His bullets traveled through Taylor’s apartment and through the wall into her neighbor’s apartment. Hankison’s actions “included attempted murder,” the department alleges.

Because all the officers previously walked free

Kentucky Attorney General Daniel Cameron, the special prosecutor who led the state’s investigation into the police shooting, recommended only wanton endangerment charges to the grand jury for Hankison, one of three officers who shot at Taylor’s apartment.

As I wrote in 2020, “this single charge was the only one the jury was allowed to consider,” and it involved endangering the neighbors, not Taylor or her boyfriend. Jurors were not asked to consider whether any of the officers committed murder or manslaughter in relation to Taylor. While a grand jury indicted Hankison on the wanton endangerment charges in September 2020, a jury found innocent of all three measurements.

The Justice Department’s new charges against Hankison alleged excessive force against Taylor and her boyfriend, which was not included in the Kentucky case. The Ministry of Justice is already leading a political research to Louisville Metro Government and the Louisville Metro Police Department, which Garland announced in April 2021, to look into allegations of systemic police misconduct.

Taylor’s name became, and remains, a rallying cry for racial justice efforts around the world. The killing also renewed focus on the #SayHerName movement, which seeks to draw attention to the many black women who are killed at the hands of police but are often ignored in the fight for justice.

The $12 million settlement between Louisville and Taylor’s family it included a series of police reforms, such as sending social workers to assist the police and incentivizing officers to live in the communities they patrol. In the wake of the assassination, the Louisville Metro Council also voted unanimously in favor of herBreona’s Law“, which prohibits the use of no-hit commands.