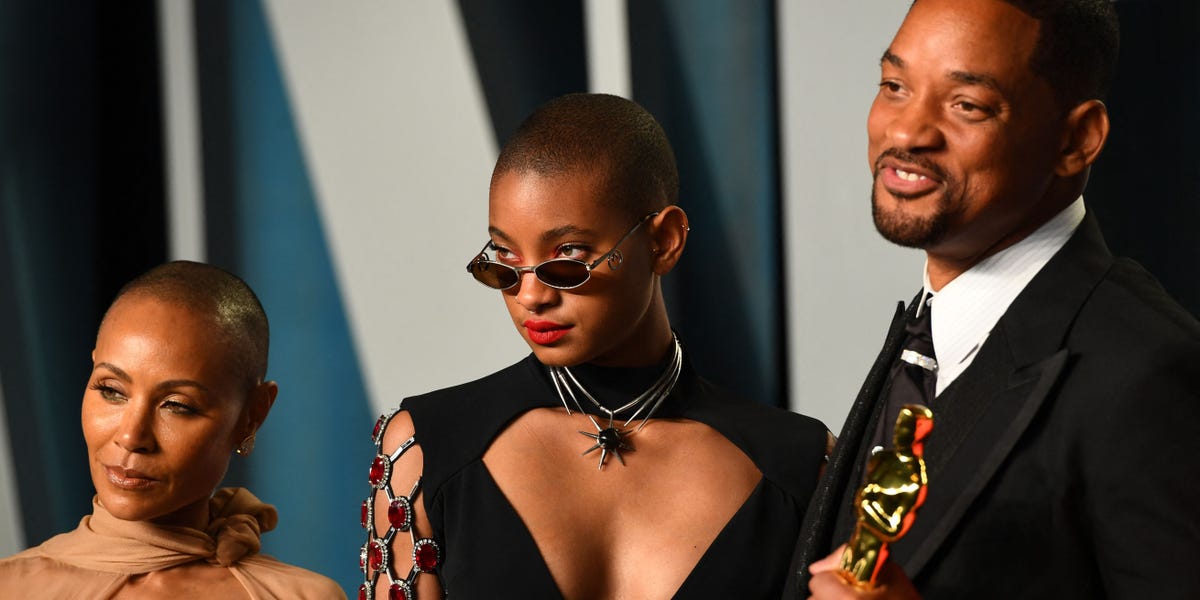 For the first time since the incident, Willow Smith has spoken publicly about her dad Will Smith’s infamous Oscar slap in an interview Billboard’s Taylor Mims.

“[The slap didn’t] it rocks me as much as my own inner demons,” Willow told the report.

“I see my whole family as human and I love and accept them for all their humanity,” she told Billboard. “Because of the position we are in, our humanity is sometimes not accepted and we are expected to act in a way that is not conducive to a healthy human life and does not contribute to being honest.”

While Willow’s comments to Billboard mark the first time she’s addressed the controversy head-on, she appeared to address the incident two days after the Oscars on Instagram. On March 29, Willow shared a quote from motivational speaker Jay Shetty that read: “You know who’s going through a lot right now? Literally everyone. Just be kind.”

In June, Pinkett Smith used her Red Table Talk platform to discuss alopecia and expressed her desire for reconciliation and healing for all parties involved.

In July, Smith broke his silence in a YouTube video, apologizing to Rock and expressing his “hurt.”

Insider’s Jason Guerrasio reported that Smith has reached out to Rock and wants to talk whenever he’s “ready.” In addition to the apology, Smith expressed regret for his actions. “Disappointing people is my central trauma. I hate when I disappoint people,” he said during the video.

In addition to resigning from the Academy of Motion Picture Arts and Sciences, Smith was also banned from the ceremony for 10 years.