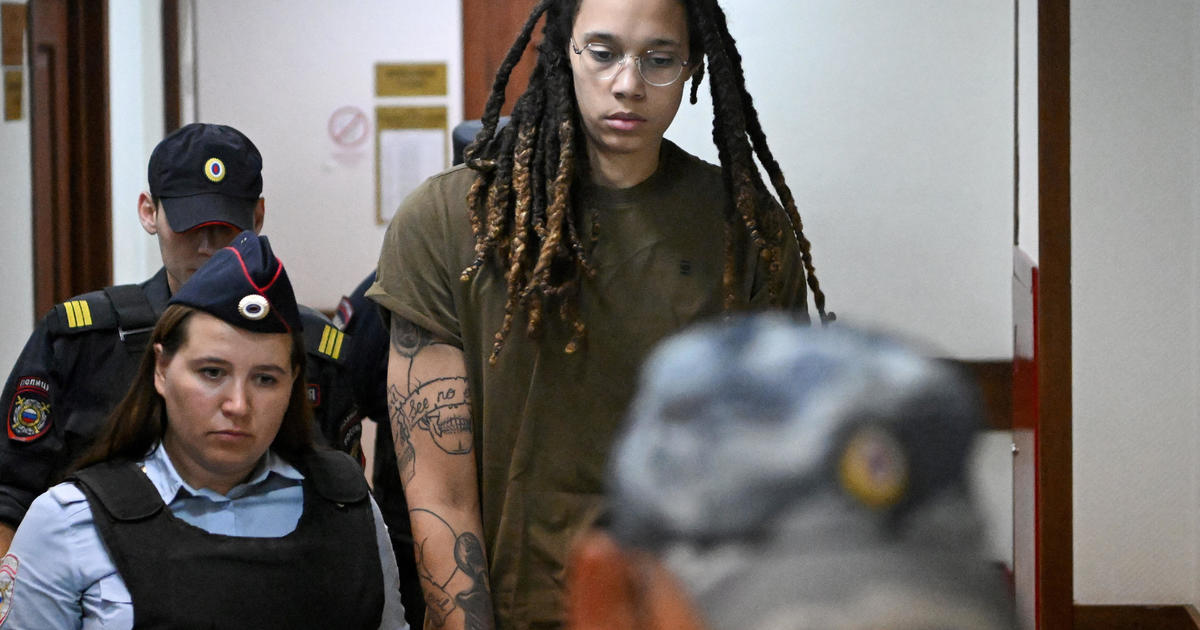 WNBA star Brittney Griner made her first court appearance Tuesday since the Biden administration revealed she was ready to participate in a prisoner exchange to release Griner and another American citizen held in Russian custody, Paul Whelan.

Griner was he was arrested in February at a Moscow airport and was later charged with drug trafficking. If convicted, he faces up to ten years in prison.

At the hearing Tuesday, Griner’s defense team continued to argue that a state-appointed medical examiner made technical and procedural errors when he examined the cannabis-infused vapor cartridges found in her luggage when she arrived in Russia.

“The examination [of the cartridges] does not comply with the law regarding the completeness of the study and does not comply with its rules [Russian Criminal] Code,” testified another medical examiner, Dmitry Gladyshev, who was called to the stand by Griner’s lawyers.

Earlier in the trial, Griner pleaded guilty to having cartridges in her bag, but argued that she had packed them haphazardly and did not intend to break Russian law, which bans both medicinal and recreational cannabis.

Last week, the Biden administration offered to swap notorious arms dealer Victor Bout for Griner and Whelan, who was charged with espionage and sentenced to 16 years in prison in Russia. Booth is serving a 25-year sentence in an Illinois prison.

So far, Russia has had a measured response, saying there have been some bilateral contacts on the issue but that no decision has been made.

CNN previously reported that Moscow had asked the US to do a two-for-two swap and add a former colonel from Russia’s domestic spy agency to the swap. The colonel, Viktor Krashikov, was convicted in Germany last year of killing a former Chechen fighter in a Berlin park.

“We still believe that any exchanges of information on this matter should be discrete,” Kremlin spokesman Dmitry Peskov said Tuesday at a news conference. “Loud-phone diplomacy and public exchange of positions will not lead to a result.”

Griner’s attorneys said after the hearing that they were not involved in the talks and could not comment on the matter.

The deputy chief of mission at the US Embassy in Moscow, Elizabeth Rudd, who was present in the courtroom, said the US would continue to do “everything it can” to bring American citizens home.