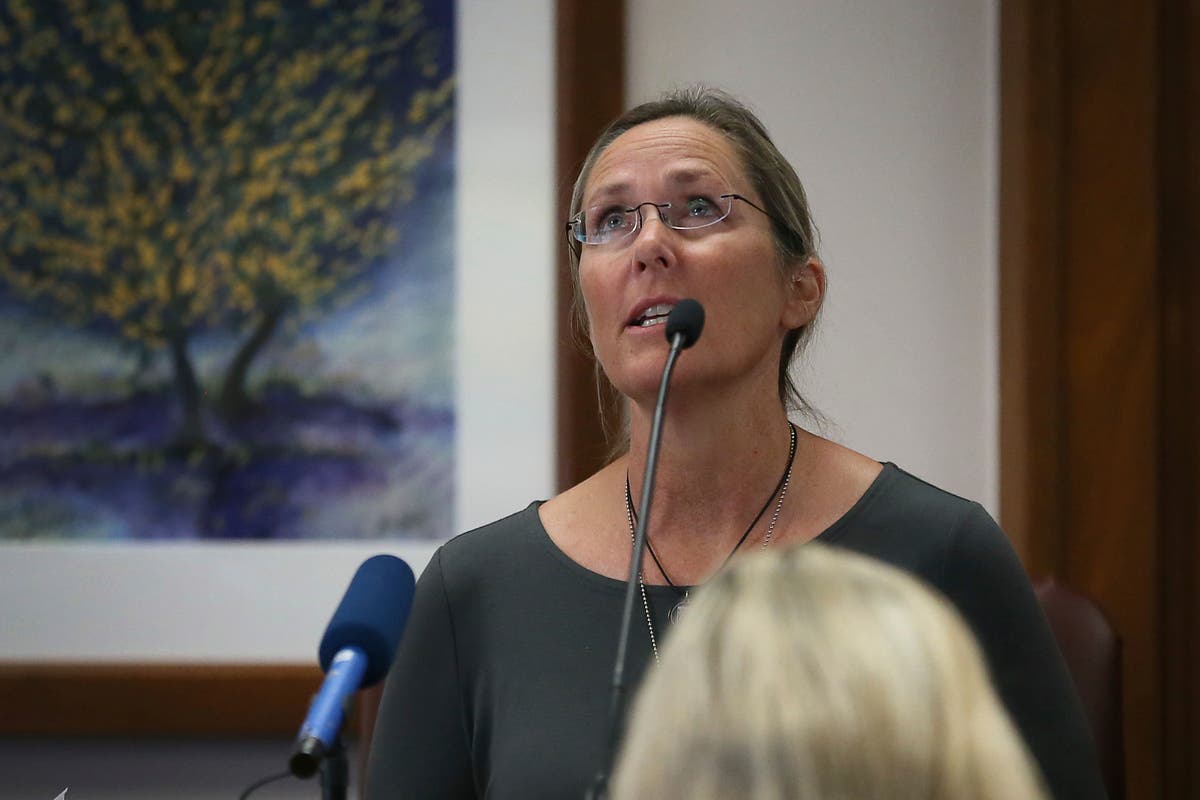 The mother of a six-year-old boy killed in the Sandy Hook Elementary School shooting testified in Alex Jones’ defamation case and spoke directly to the right-wing Infowars host about the devastating impact of his conspiracy claims.

Scarlett Lewis and Neil Heslin, the parents of Jesse Lewis, are suing Jones and his company Free Speech Media for $150 million over the harassment they say they suffered after the 2012 shooting in Newtown, Connecticut.

“Jesse was real,” Ms. Lewis told Jones as she sat in the courtroom in Travis County, Texas, as she testified Tuesday. “I’m a real mom.”

She added: “I wanted to tell you to your face, because I wanted you to know that I am a mother, first and foremost. I know you’re a father,” Lewis told Jones.

“And my son was there. You’re still on your show, today, trying to say that I’m — implying — that I’m an actor. That I am “Deep State”. You have. This week. And I don’t understand.”

He went on to tell Jones that even he didn’t believe his own wild accounts of the shooting.

“I’m not in a deep state…I know you know it…I know you believe me, yet you’re going to walk out of this room and say it again on your show,” he said. “Do you have the ability to step into my shoes? Do you have empathy?’

Jones claimed on his show that the shooting, which killed 20 children and six adults, was a “false flag” operation involving paid actors.

“I think you know that Sandy Hook is real and that it happened… But I don’t think you understand at all the implications of going on the air with a huge audience and lying and calling it a hoax… I don’t understand that. “

At one point, Ms. Lewis asked Jones if he really thought he was an actor.

“For a six-year-old son to be shot in the forehead in his classroom is unbearable. … And then to have someone on top of that perpetuate a lie that it was a hoax, that it didn’t happen, that it was a false flag, that I was an actor — You think I’m an actor?”

“No, I don’t think you’re an actor,” he replied before being admonished by the judge and told to remain quiet.

He also told Jones that truth is “vital to our world” and “what we base our reality on.”

“We have to agree to this in order to have a civil society,” he continued.

She told the court that in the wake of the shooting she was unable to return to her home, but when she did she found a message on a chalkboard her son had written aloud which read: “Healing love”.

“I have, since that day, dedicated my life to keeping children safe,” Ms Lewis told Jones.

He then told jurors he was testifying to “make you stop” and end “the fear that you’ve got people from your followers”.

“This is not rigged, as one of your people said,” he told Jones.

“This is a real event. It seems so unbelievable to me that we have to do this, that we have to beg you, punish you, to stop lying. Saying it’s a hoax. It happened. It’s surreal what’s happening here.