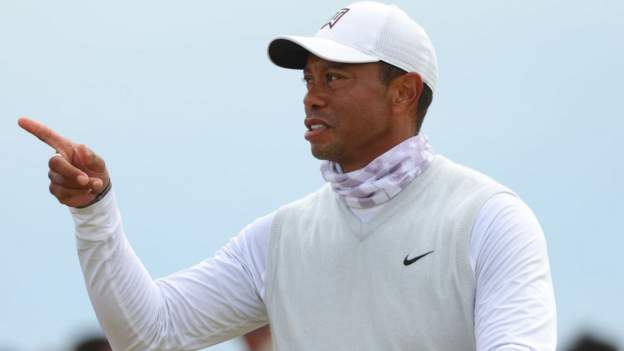 A host of top players have joined the breakaway tour, which Woods said at last month’s Open disagree with me.

In an interview with Fox News’ Tucker Carlson, Norman confirmed that the 15-time major champion had around £575m to £650m to join LIV.

“That number was out there before I became CEO,” Norman said.

“Tiger is crochet, right? So, of course, you have to look at the best of the best. That number is somewhere in that neighborhood.

“They had originally approached Tiger before I became CEO.”

American Woods, who has kept his faith in the PGA Tour, said at St Andrews that he “doesn’t see how this move is positive in the long term for a lot of these players”.

He also defended the R&A’s decision to cancel former winner Norman’s invitation to celebrations to mark the 150th Open Championship.

“Greg has done some things that I don’t think are in the best interest of our game,” Woods said.

Norman said the PGA Tour is a “monopoly” that “just wants to shut us down any way they can.”

“They’re going to use any leverage point they can to shut us down,” the Australian said in the interview that aired on “Tucker Carlson Tonight” on Monday.

“They’re not going to shut us down because the product speaks for itself.”

He also discussed the criticism LIV players have been receiving from the tour’s association with Saudi Arabia’s Public Investment Fund.

“That blows my mind,” Norman said. “Sponsors, by the way, who spend billions of dollars in Saudi Arabia.

“The PGA Tour has about 27 sponsors, I think, that do $40 billion-plus business a year in Saudi Arabia.

“Why doesn’t the PGA Tour call the CEO of these organizations (and say), ‘I’m sorry we can’t work with you because you do business with Saudi Arabia?’ Why are they picking on professional golfers?”