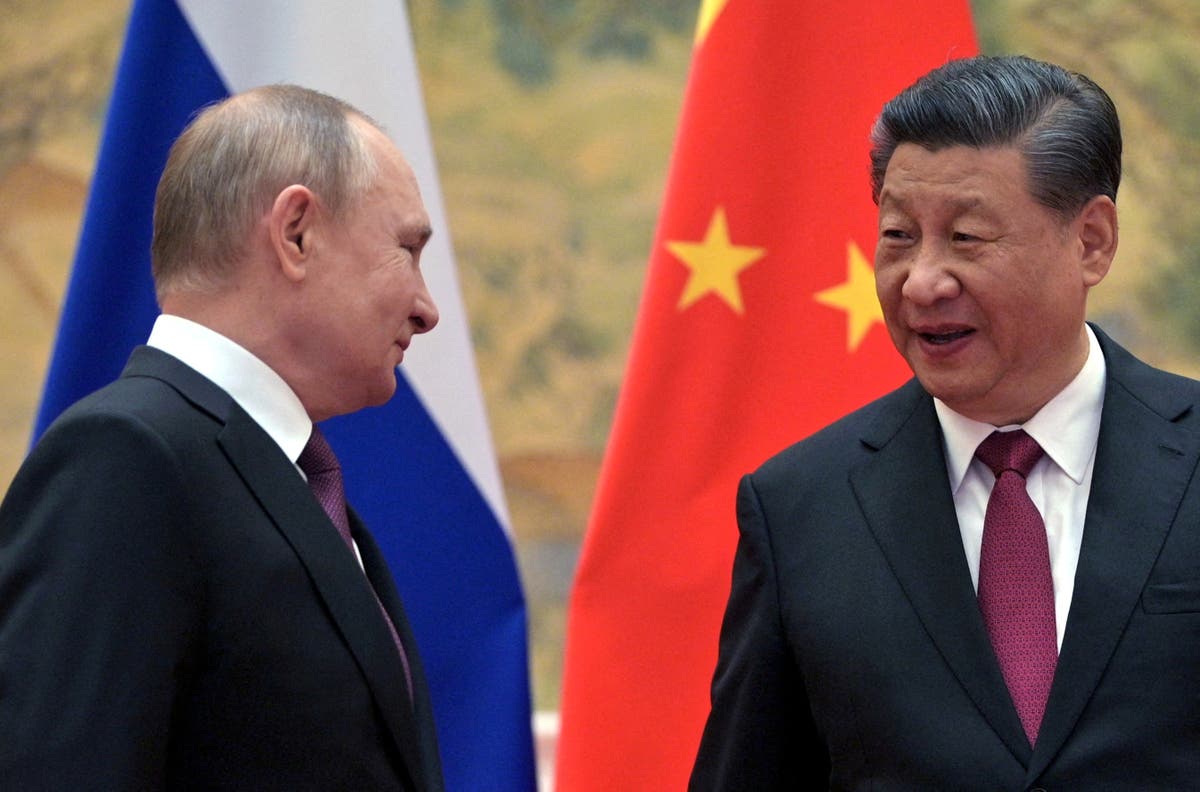 China should oppose the Russian invasion instead of maintaining a neutral stance, Volodymyr Zelensky said.

The Ukrainian president said in an online event on Wednesday that he wanted Beijing to join the list of countries that have condemned Moscow’s aggression.

However, China’s close relationship with Russia makes this a remote possibility. And there has been speculation that Beijing may double down on its position on the Ukraine war in retaliation for US politician Nancy Pelosi’s controversial trip to Taiwan, a visit strongly criticized by China and Moscow.

Chinese leader Xi Jinping and Russian President Vladimir Putin declared in early February that their countries’ friendship “knows no bounds”. That message was reinforced by Xi in June when he told Putin that China would support Russia’s “sovereignty and security.”

In response to China and Russia’s recent declaration of friendship, the US said it was clear that despite Beijing’s rhetoric of neutrality regarding the war in Ukraine, it “remains invested in close ties with Russia”.

Zelensky’s words about China come as a UN-brokered grain deal between Moscow and Kiev in July had its first success, after a ship carrying 26,527 tonnes of Ukrainian corn arrived in Turkey.

The Razoni, a Sierra Leonean-flagged vessel, arrived at the entrance to the Bosphorus Strait on Tuesday night, 36 hours after departing the Ukrainian port of Odessa.

It was inspected on Wednesday morning by a team of international inspectors, according to the Turkish Defense Ministry. The ship will then travel to Lebanon.

Until the grain deal was reached, Ukraine could not use its ports to export grain due to the Russian blockade of its ports. As a result, Moscow has been accused of triggering a global food crisis.

Kyiv now hopes to export 60 million tonnes of grain, a third of which has been stored in silos and the rest will come from this year’s harvest. Initially it will use Odessa and the nearby ports of Pivdennyi and Chornomorsk.

Gerhard Schroeder, the former German chancellor who is close to Putin, welcomed the arrival of the Razonis in Turkey, hinting that the grain deal could pave the way for a ceasefire. “The good news is that the Kremlin wants a negotiated solution,” he said on Wednesday.

However, the Ukrainian president dismissed the significance of the ship’s safe passage through Ukraine, saying it was not great.

“Just recently, thanks to the UN in cooperation with Turkey, we had a first ship with a grain delivery, but it’s still nothing. But we hope it’s a trend that will continue,” he said.

He added that his country urgently needed to export 10 million tons of grain to help its troubled economy.

“The war … is almost killing the economy. It is in a coma,” Zelensky said. “The blockade of the ports by Russia is a big loss for the economy.”