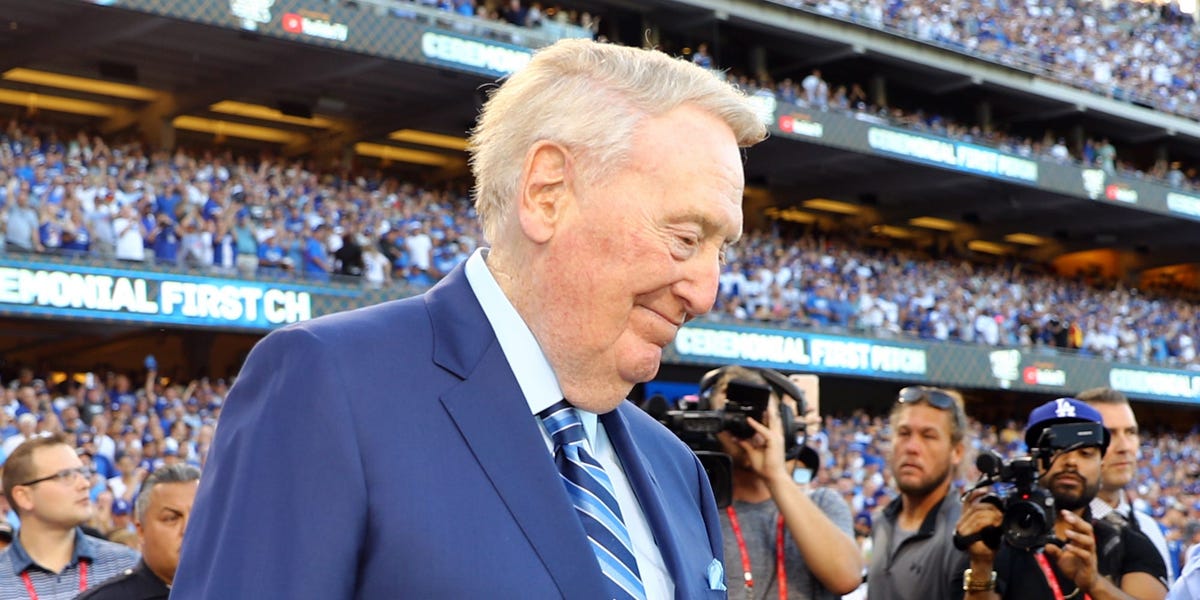 Vin Scully, the Hall of Fame announcer and voice of the Los Angeles Dodgers, has died at age 94.

Scully died at his home in the Hidden Hills section of Los Angeles on Tuesday, according to the Dodgers.

“We have lost an icon,” Dodgers president and CEO Stan Kasten said in a statement Tuesday night. “The Dodgers’ Vin Scully was one of the greatest voices in all of sports.

“He was a giant, not only as a broadcaster, but also as a humanitarian. He loved people. He loved life. He loved baseball and the Dodgers. And he loved his family.

“His voice will be heard and forever engraved in the minds of all of us.”

At age 22, he was hired by a CBS radio affiliate in Washington before stepping into the booth to call Brooklyn Dodgers games in 1950.

In 1953, at the age of 25, Scully became the youngest person in history to broadcast a World Series game, a record that still stands today.

He remained with the Dodgers — with their move to California, six World Series championships and three perfect games — until 2016. His 67-year tenure with the club is recognized as the longest of any single-team broadcaster in professional sports history.

“God has been so good to me to allow me to do what I do,” Scully, a devout Catholic, said before retiring. “A childhood dream that came true and then gave me 67 years to enjoy every minute of it.”

In 1982, Scully was inducted into the Baseball Hall of Fame and received a star on the Hollywood Walk of Fame. The Dodgers Stadium press box was named after him in 2001, as well as a road leading to the stadium’s main gate in 2016.

In the same year he received the Presidential Medal of Freedom from US President Barack Obama.