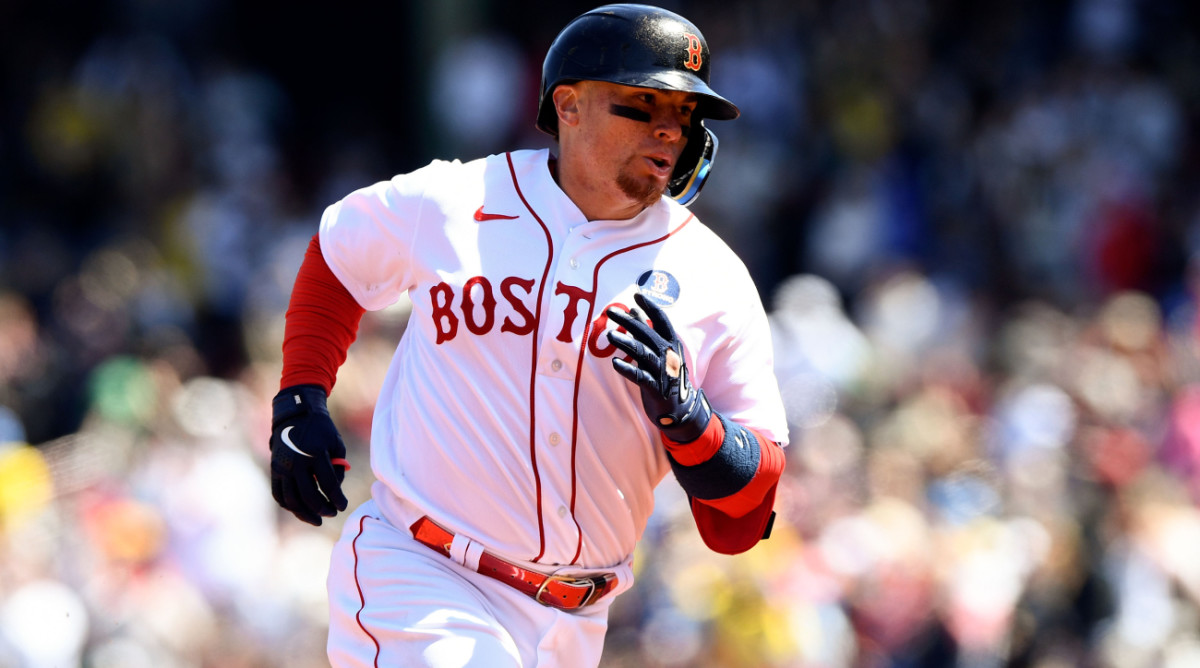 Well, that was wild. Congratulations on making it to the other side of the trade deadline—after the biggest deal in recent memory and a bunch of others. Here’s a rundown of who won, who lost, and who fell somewhere in the middle:

They added a generational talent in his prime (Juan Soto), a serious rental bat (Josh Bell), an elite closer (Josh Hunter) and a qualitative assistant (Brandon Drury). They moved too Eric Hosmer (although he needs to eat most of his salary). Yes, that required them to give up most of their top prospects, as well as their first baseman Luke Voight and comforting Taylor Rogers. But that’s what it takes to get a player with Soto’s proven track record—who, it’s worth repeating, is still just 23 years old with two full seasons under team control. Simply put, San Diego is much better today than it was yesterday. An offense that was previously just okay now seems terrifying. They have enough depth to make some noise in October. Is it enough to win the division? Probably not. But that says more about the lead the Dodgers have built in the NL West than it does Padres. It’s certainly enough to make this team much more competitive in the stadium and the playoffs. (Also, it’s worth noting that they managed to stick some of their top prospects: catcher Luis Campusano and shortstop Jackson Merrill are still here.) And oh yeah, they also extended Joe Musgrove. What a week for AJ Preller.

They had all of their key needs checked before Deadline Day: They got a left-handed hitting (Andrew Benedenti), a starter (Frankie Montas) and some help (Lou Trivino and Scott Efross). That would be enough to qualify as a win. But they took it a step further just before 6pm on Tuesday – New York traded starter Jordan Montgomery to St. Louis for outfielder Harrison Bader. A true center fielder wasn’t exactly pushy need, but it was definitely a “nice to have,” and with the acquisition of Bader, the team now has one of the best defensemen available as an option. There are some fair questions: Bader is currently in IL with plantar fasciitis, and while he’s supposed to return this season, there’s no set timeline, and you can wonder if Yankees he actually had enough starting depth to feel comfortable facing Montgomery. But overall? They addressed every need they had, and then some.

The twins pitching was needed, and they got it. With appetizers Tyler Mahle and relievers Jorge Lopez and Michael Fullmer, Minnesota landed deep to fix its biggest flaw. (They also got a backup catcher in Sandy Leon from Cleveland.) They’ve been the default best team in a bad division all year. Now, they look a lot closer to being the team they actually are Good. And as an added bonus, there was almost no action from the Guardians and White Sox, making these moves all the more impressive for the Twins.

None of their moves were particularly flashy on their own. But together, they added, and the Phillies he filled almost every hole they had. They now have a real center (Brandon Mars). Another starter (Noah Syndergaard). More on the bullpen (David Robertson). A good defensive arm (Edmundo Sosa). Collectively, these moves leave this defense somewhat less of a liability and add some much-needed depth — while also allowing Philly to keep most of its top prospects.

The M’s were the first to crack this market with the best starter available: Luis Castillo. Yes, it required a serious package of prospects, but it was always going to happen. (And Castillo is under team control for next season as well.) From there, while Seattle didn’t make any major moves, it did make some smaller ones that could end up being quietly useful. On Tuesday, the front office added a backup catcher (Curt Cazaly), an additional bat (Jake Lamb), and slightly more casting depth (Matthew Boyd). But getting Castillo alone would be enough to call this deadline a win here.

It’s never nice to see a team sell out as much as they can. But the Red at least they managed to get a lot for what they sold. The prospects for Castillo and Mahle were significant – top names from Seattle (Noelvi Marte, Edwin Arroyo, Levi Stoudt) and Minnesota (Spencer Steer and Christian Encarncion-Strand). They got more for Drury and Tyler Naquin. The Reds took 10 minor-leaguers in total this deadline. A winning campaign is still a long way off in Cincinnati. But if a team is going to trade as much as this one… they can’t ask for much better in terms of what they’re getting back.

Yes, they made some much needed additions to the lineup: Daniel Vogelbach, Darin Ruf and Naquin. They took a reliever in Michael Givens. But they didn’t get another catcher? A lefty for the bull? This is the best team Mets they had for years. But they have a slim lead in the NL East (against an improved Braves team on Tuesday), and it’s kind of disappointing to see them miss an opportunity to address some clear, obvious needs.

No one wants to trade an All-Star closer like Hader. But since Milwaukee wasn’t going to extend him and had no interest in a hard turn toward a rebuild (good one!) … the front office did about as good a job as it could. He brought in another closer to replace Rodgers and some extra talent, too. However, they should also have tried to get a little more for the composition. It wouldn’t necessarily cost much to make a deal for another outfielder or bench bat, and this team could really, really have used that for the playoffs.

The good: They supported their bathrobe by adding Anthony Bass and Zach Pop of the Marlins. The Bad: Where’s the shift help they needed? And the in-between: Here it is Whit Merrifieldalso, even though his trade value is as low as it has been in his career.

They have the best record in the NL, a double-digit lead in the division and the expectation that some injured players will be on the way back. The Dodgers he did not do it need to do anything. But… it’s the Dodgers! It’s still reasonable to hope for more — if only in the form of getting a little more depth. That didn’t happen. They chose to take a chance on Joey Gallo – who will try to redeem himself in a new location after his rough first half with the Yankees. But it’s reasonable to wonder why another jug ​​or two wasn’t added. Fans can at least focus on the fact that top prospect Miguel Vargas has been called up. And, you know, the whole aforementioned “best record in the NL” deal.

They had to strengthen their rotation, and they did, with Montgomery (from the Yankees) and Jose Quintana (Pirates). While parting ways with Bander was no small price to pay for Montgomery, he’s in a good position for it: It just means a commitment to Dylan Carlson as the defensive center of the future. Certainly not a bad deadline! But after so much talk of a dip like Soto or a potential big name starter… it’s fair to wonder if something else might have been possible here.

The Boston deadline was neither good nor bad as much as simple confused. Three games out of a playoff spot, they had a tough choice about whether to sell or buy, and instead they did… both, but essentially neither? They moved Cristian Vasquez but it was kept JD Martinez. They traded Hosmer and Tommy Pham. They’re not worse, but they’re not substantially better, and if there’s a definite direction here, it’s not obvious.

There is a holder to hang it Ian Happ. But keeping Hap and Wilson Contreras? When there were multiple teams that should be interested in getting a catcher? When it was so obvious he was leaving that he received a standing ovation in his supposed final game at Wrigley Field? Maybe they weren’t getting exactly what they wanted in the trade proposals. But they had to try to get something.

This was an unexpectedly difficult point for them Orioles. They didn’t expect to start winning this season. But after five miserable losing years, they found their footing a little ahead of schedule and entered the deadline just two and a half games out of the last wild-card spot. A general manager like Mike Elias was never going to deviate from his plan to chase a low seed in the playoffs like that. But the options weren’t “go all in” or “sell as much as possible.” There is a middle ground. And the Orioles came through. Instead, they opted to trade the face of the franchise and the impending free agent Trey Mancini and the All Star closer to López. The first is a sad arrangement that still has some cold, hard logic. However, the latter includes a player with two more full seasons of team control! Dealing with López is a commentary not so much on the low expectations for this year as it is for next year and the year after that. This fan base—after enduring so much over the past few seasons—deserves more.

It’s an understatement to say that this season hasn’t gone according to plan for the White Sox. However, there is still plenty of talent on this roster, and at .500, they are just three games out of first place in the AL Central. They could see this as an opportunity to make a push. Instead, they sat quietly as they watched the Twins walk away.

Look, any time you can decide not to make a single trade, but extend your 37-year-old who would otherwise be a potentially useful trade chip, you should. This is just common sense.