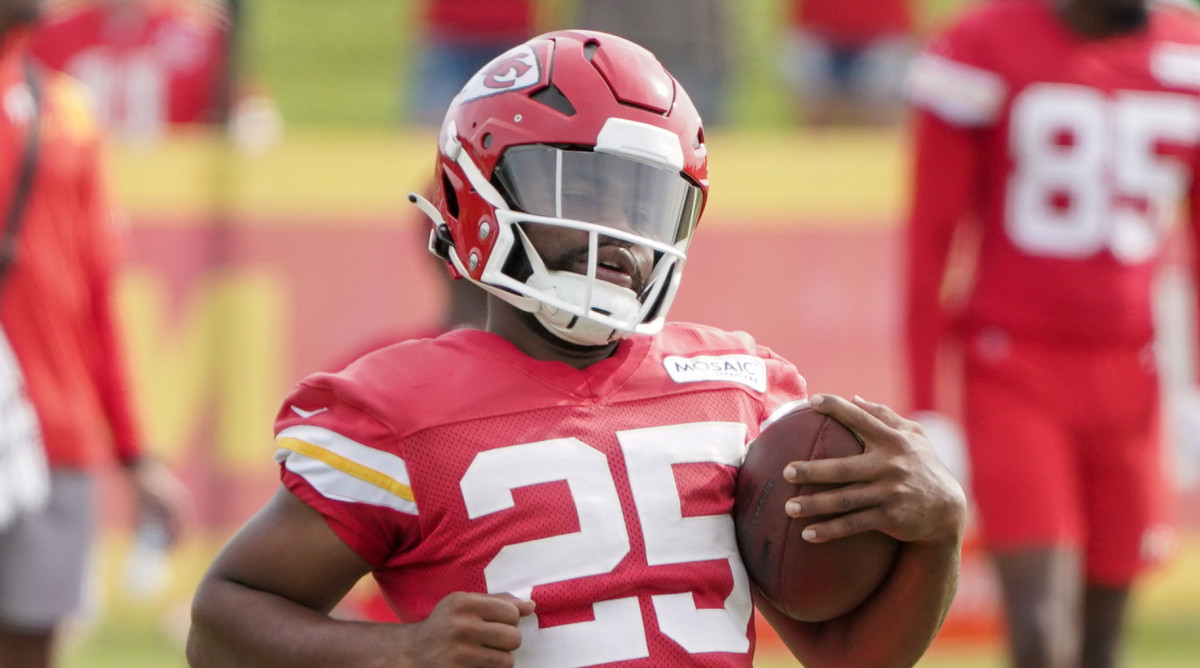 We’re nine stops into my training camp tour after dispatches from the Bills, Packers, Bears, Colts, Bengals, Steelers, Browns and Vikings. Here are the Chiefs:

ST. JOSEPH, Mo. — Every time I come here, I feel like there’s at least the threat of storms, and this year was no different. Lightning, but no rain on my run this morning. And then the heavens opened and practice moved to the field at Missouri Western. Here’s what I saw and heard in there…

1) Isaih Pacheco, a seventh-round pick out of Rutgers, looks like a real player—216 pounds, 4.3 speed and traits that remind the staff here of former Chiefs Kareem Hunt (only he might have extra gear that Hunt”. t). He’s a product of what the personnel department saw as a surplus of Day 3 running backs in this year’s draft class, which was a result of the 2020 COVID season taking work away from guys who might have entered the ’21 class. And Pacheco is more than just a feature guys – he’s also shown real vision. So it will be interesting to see how he fits into a loaded backfield with Clyde Edwards-Helaire, Ronald Jones and Jerick McKinnon.

2) Fourth-year Juan Thornhill is finally healthy and looked like a much more versatile player at the position. The idea of ​​signing Justin Reid from Houston was to have Reid fill the void left by Tyrann Mathieu. But Thornhill’s development has the Chiefs thinking he and Reid will be interchangeable, which allows Steve Spagnuolo to get creative with their use. And second-round pick Bryan Cook was a quick study, and should take into account the appearance of the team’s three safeties.

3) The angle will be interesting. L’Jarius Sneed has developed into one of the best nickels in the league, with versatility to rotate outside. First-round pick Trent McDuffie repeats exclusively with the first team. And the third corner point is pretty wide open. Rashad Fenton might still be the favorite for that one, but he’s on the PUP now, and long-winded fourth-round pick Josh Williams out of Fayetteville State is hitting the ground running and has a chance to be a pretty significant player . . Seventh-rounder Jaylen Watson has also shown promise.

Watch the Chiefs with fuboTV: Start a free trial today.

4) Right tackle may be the biggest question mark on the roster. Andrew Wylie tends to be the first of the week. Lucas Niang, on PUP, could be a factor when healthy. And Mike Remmers is gone. The good news is that the rest of the lineup, as it stands, is solid.

5) Patrick Mahomes absolutely has more ownership on offense and for that reason I think the Chiefs will be fine as they shake things up a bit at receiver. Both JuJu Smith-Schuster and Marquez Valdes-Scantling delivered what was advertised – the former a natural intermediate target and the latter a size/speed guy who should replace some of the juice the team lost with Tyreek Hill in Miami. The obvious difference between this year and previous years would be that this year’s team is much bigger (and not as fast) than its predecessors.