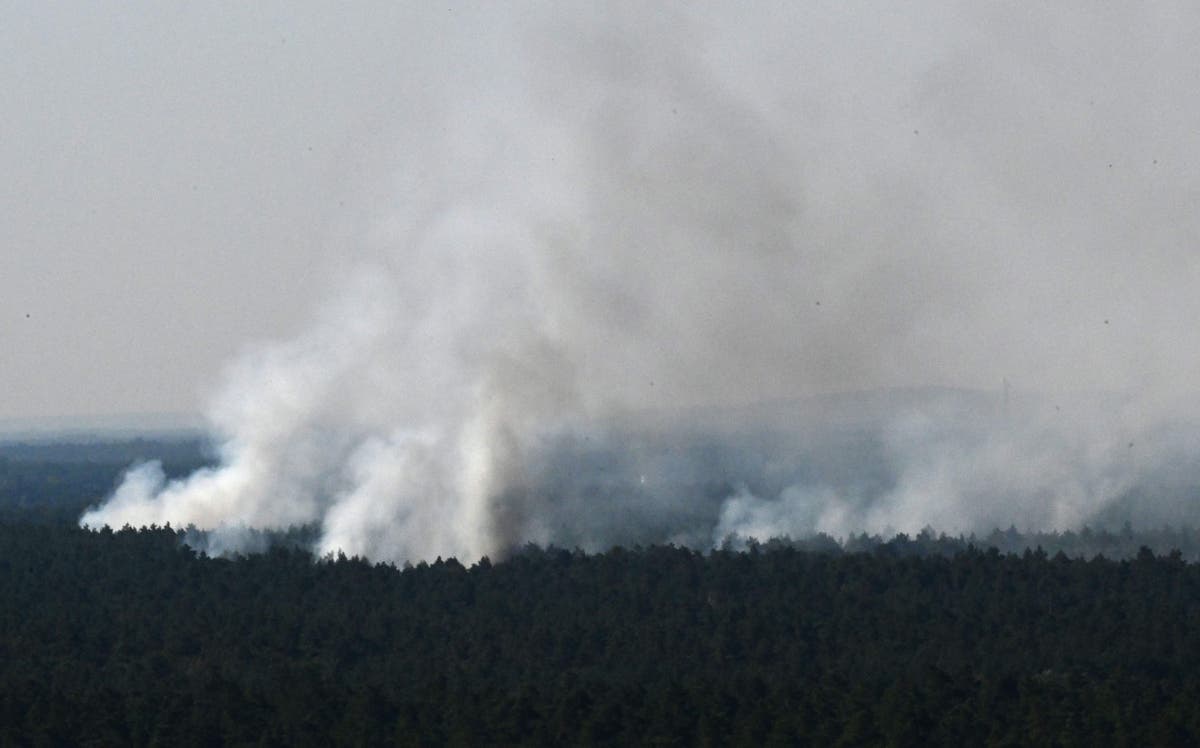 A large fire is tearing through a forest in west Berlin after several explosions were reported at a bomb disposal site, the capital’s fire service said.

The blaze has engulfed an area of ​​15,000 square meters in the Grunewald forest since it started on Thursday amid a national heat wave. Images from nearby Lake Wannsee showed plumes of smoke rising above the tree line.

“The situation is dangerous,” said Thomas Kirstein, from Berlin’s fire department, who warned people to stay away from the area.

Emergency services have cordoned off a kilometer radius, but their work to put out the flames has been hampered by flying debris and fears of further explosions.

Authorities in Berlin have asked the national army to support their efforts to fight the fire, which will also be supported by water cannons and helicopters.

The fire has led to road closures and train delays in the west of the city, but has not yet threatened homes.

However, there are fears that the fire could spread due to dry conditions and high temperatures. Berlin is expected to face high temperatures of up to 38 degrees Celsius on Thursday, according to the German weather service DWD.

“The forest is dry,” said Jan Thomsen, a spokesman for the capital’s environment department.

The Grunewald Forest, which covers an area of ​​almost 7,500 hectares, is one of the city’s largest green spaces.

Police said it was unclear why the explosions occurred at a site used by the force’s weapons disposal unit. The facility contains World War II ammunition as well as explosives.

Like other countries in Europe, Germany has experienced high temperatures this summer as extreme weather events become more common due to climate change.