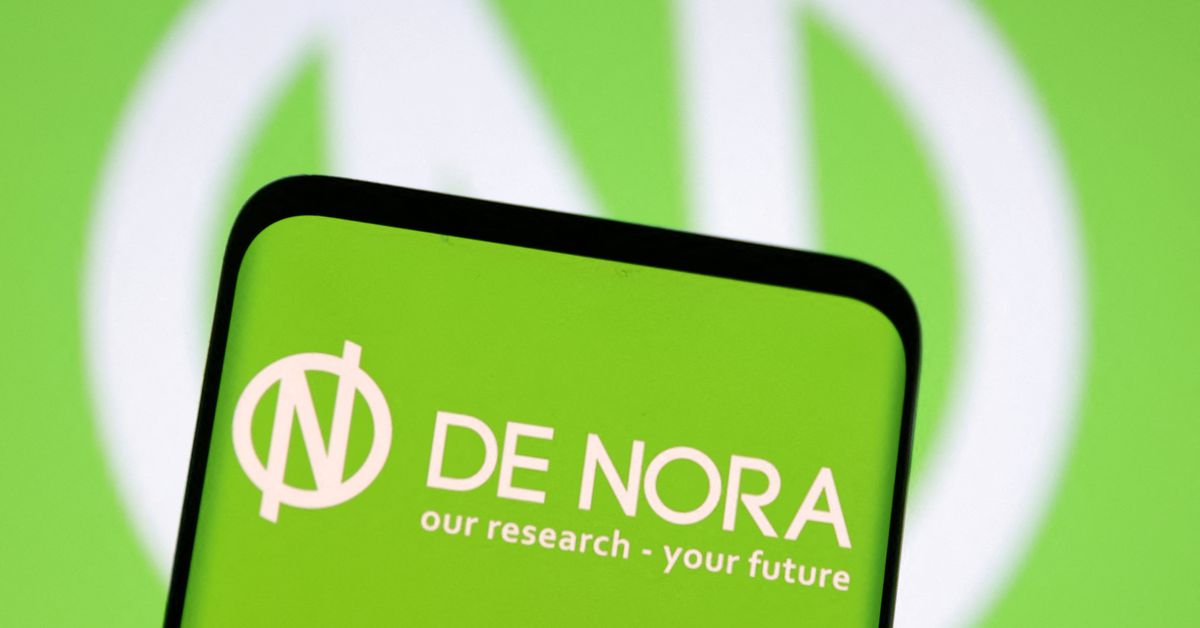 The De Nora logo is seen on a smartphone in this picture taken June 13, 2022. REUTERS/Dado Ruvic/Illustration

MILAN, Aug 4 (Reuters) – New Italian electrode maker Industrie De Nora ( DNR.MI ) on Thursday raised its guidance for this year’s profit and sales after adjusted core profit more than doubled in the first half.

The company said adjusted earnings before interest, taxes, depreciation and amortization (EBITDA) came to 102 million euros ($104 million) in the period, up from 45 million last year.

“The company expects to continue to grow in all business areas, pursuing the challenging new goals for 2022,” CEO Paolo Dellachà said in a statement.

The group said it is among six Italian companies selected to participate in the first major project of common European interest (IPCEI) on hydrogen approved by the European Commission.

De Nora’s electrode technologies business, which accounts for 55.5% of sales, posted revenues of €228m, up 57.4% in the period.

A 130% increase was registered by the energy transition department in the first half, with revenues of 6.9 million euros.